Worth Every Penny: Nikka Whisky 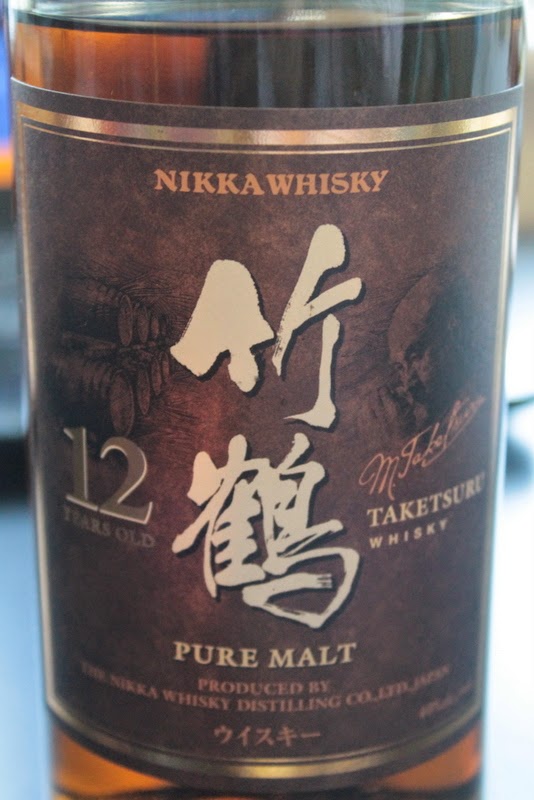 I like to keep a good bottle around the shop, you know, just in case (of what, who knows?). Recently, my previous bottle of Koval Four Grain dried up, and as its replacement I chose another esoteric bottle. Nikka 12 Year Old Pure Malt from Japan is indeed worth a look, especially for the adventurous Scotch drinker who thinks he's tried it all.

Nikka may have some novelty appeal in the US, but the company has been making whisky since 1934. The story is worth as much as the whisky. Masataka Taketsuru, son of a family of Sake brewers, leaves for Scotland in 1918 at the age of 24. He studies chemistry at the University of Glasgow and apprentices at a number of distilleries. After returning home in 1920 with a Scottish wife in tow, he is hired by Yamazaki, then a brand new company, as their distiller. However, when it becomes apparent that Yamazaki is more interested in mass production than quality, he leaves to found Nikka.

During his time in Scotland, one of the most important things he learned about whisky distilling is the importance of place, that environmental factors play a huge role in the resulting product. He opened two distilleries in Japan in very different remote locations. One produces rich, smoky, almost Islay style malts, while the other produces more delicate, nuanced whiskies. 12 Year Old Pure Malt is comprised of a blend of only single malts, all at least twelve years old, mostly selected from among the barrels at the Yoichi Ditillery where the robust malts are made. It's intense and smoky with a dry edge, and only the most perfectly appropriate slow burn on the back of the throat. When served with a rock or two, it shows a much more creamy texture redolent of honey and spice. In some ways it's as bold as the biggest Islay malts from Caol Ila or Ardbeg, but without the briny pungency. Think of it as a Summer whisky for fans of peaty Scotch, though this really is a good one year round, if you can find it. As a bonus, you get to be the guy with the cool weird bottle of Japanese whisky, a thing not yet widespread enough to have been spoiled by hipsters.

At $59.99 retail, it's certainly not a bargain bottle, but Nikka Whisky is indeed worth every penny.