Originally, this post was going to be subtitled "guilty pleasures", but then I thought, there's no reason to feel guilty for appreciating good music, even if popular opinion holds the truth to be otherwise.

Z Z Top is the JAM. No, not the silly gimmick ridden version, the guys with the long beards and fuzzy guitars. I'm talking about the "Little Ole Band Form Texas", a murderous country-rock power trio of the 1970's. 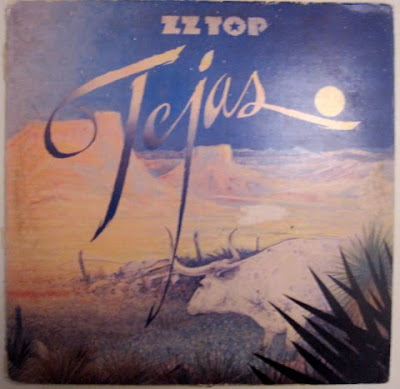 This record is what got me going. In the old days, I had some good friends who owned a local coffee house. Their office was a big room in the basement of a very old building. We used to hang out in the office after closing time, drinking beer and smoking weed (forgive me, I was very young then).In this office was a Foosball table, a boom-box and a few cassettes. One of them was "Tejas". Prior to this, my only experience of Z Z Top was the silly (but actually damn entertaining) video for "Legs". Boy, I had no idea...

This record is chock full of in-your-face rock hits, all with a country accent. Highlights include the opener "It's Only Love", a slow paced but heavy blues, "Enjoy Gettin' It On", a real barn stomper, and "Ten Dollar Man", pure Gibson and Fender fueled rock'n'roll. And don't forget the perfectly articulated classic country Telecaster solo that comes flying out of the clear blue right near the end of "Heartbreaker"...proof positive these guys grew up listening to the right stuff. 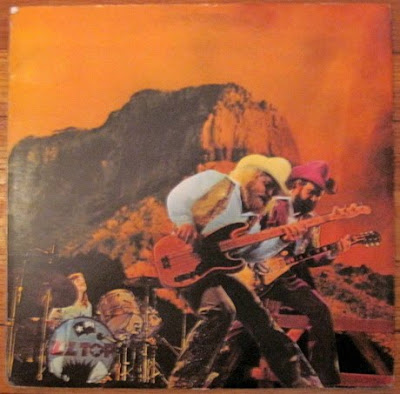 Besides, I find it hard to argue with a band that presents themselves like a real band. Just look at these guys! That big old Telecaster bass ain't bad neither. 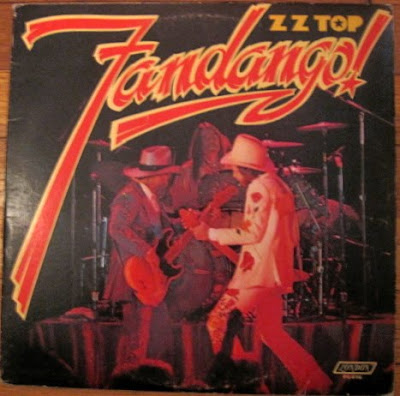 Then there's "Fandango". One of those half live/half studio records that seemed to be so prevalent back then. True, this album contains the song "Tush", a strong hint toward the abject cheesiness that the eighties would hold for this band, but you'll also find the dirty blues jam "Mexican Blackbird", (with the line 'drive that old Chrysler on down to Mexico' leading you into the slide guitar solo...brilliant), "Balinese", a mid tempo bootstomp in the old fashioned style, and of course the power jam "Heard It On The X", a song about growing up listening to he notorious radio station XERF, home of Wolfman Jack, among others."The X" as it was known, was an intensely powerful station out of Mexico known for playing obscure "hillbilly" and "race" records ( read: country and black blues and gospel),with a signal so strong it was occasionally picked up as far North as Canada. They broadcast using the equipment originally belonging to XERA, the station in the thirties that broke the Carter Family, among other. Talk about backwoods street cred. 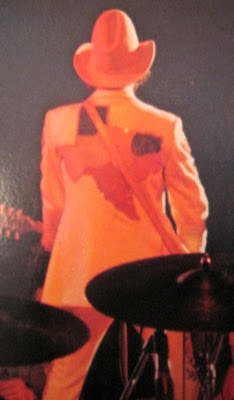 And believe me, you just don't mess with Texas...especially when Texas is emblazoned in full sequin and rhinestone glory on the back of Billy Gibbons white polyester Nudie suit.

It's surprisingly difficult to find good footage of this band in what I consider their glory days on the internet. Every where you look, it's the silly MTV videos, with the car and those damn fuzzy guitars. I did manage to turn up a1976 vintage performance of "Chevrolet". The video quality may be less than good, but it does give you an inkling as to how much fun this power trio must have been to see in their prime:

I always put these guys on when I need motivation around the house. It's real get-up-and-go music. Today I spun "Tejas" for the millionth time. My boy danced, my baby girl clapped her hands, and I got some housework done. When music can't help but get the blood pumping, that's a good sign.

If you're only memory of Z Z Top is the goofy stuff, you're missing out. Go back and find the gems they put out in the mid 70's. If you like country, or rock, or both, I promise you won't be disappointed.

I saw them at the Carolina Coliseum sometime around 1975. Great!

We must have been separated at birth. The first album I heard that blew me away was Fandango. I always thought ZZ lost something after El Loco. But the Little ol Band was clearly the stuff--a minimalist band with a large sound.

Prince, ZZ Top, and Benny Hill are all geniuses.

Hey G,
Just finally put up the first post of my own blog. I'd really appreciate some feedback. Thanks.

There's a killer bootleg video / DVD from a show in Paris on the Deguello tour circa 80/81 - great sound, tracklisting and multi camera shoot.. I can burn it for you if you;d like...

That would be awesome. Send me an email.

Just saw the DVD of "Extract" which features "I Thank You" in the soundtrack. This has a riff which sounds like what Jack Daniels tastes like. The song prompted me go searching through iTunes and YouTube for Top songs and clips. Serendipity, what a concept.