As some of you may be aware, we in Boston are currently in the midst of some full blast Winter worthy of the Frozen North. I decided to spend a portion of the snowbound day (the part not spent consuming brandy, Guinness, and beef stew) performing a bit of cosmetic surgery on an old coat. 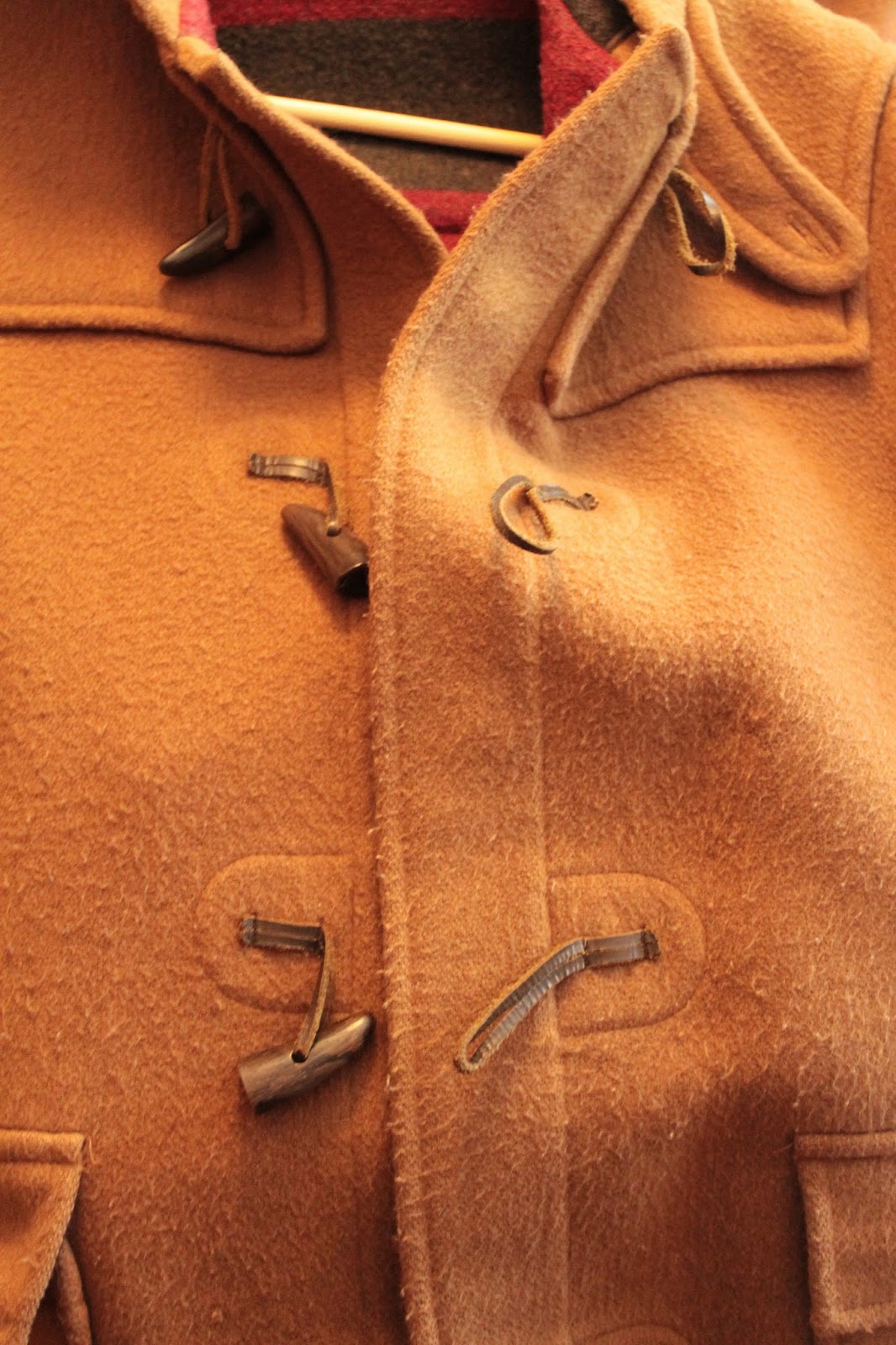 I've had this old Brooks Brothers duffle coat for a few years now. Originally picked up at a thrift shop (of course) for $12.99, it quickly became a favorite. I wear it a lot with jeans and sweaters, and over preppier jacket and tie combos involving tweeds, blazers, button down oxfords, cords, et cetera. The blanket lining keeps me warm, and the brownish shade of tan works well with anything. The only thing I never liked about it was the leather thong toggles and silly plastic "teeth", but I could live with it. But a real duffle coat ought to have rope and wood toggles. 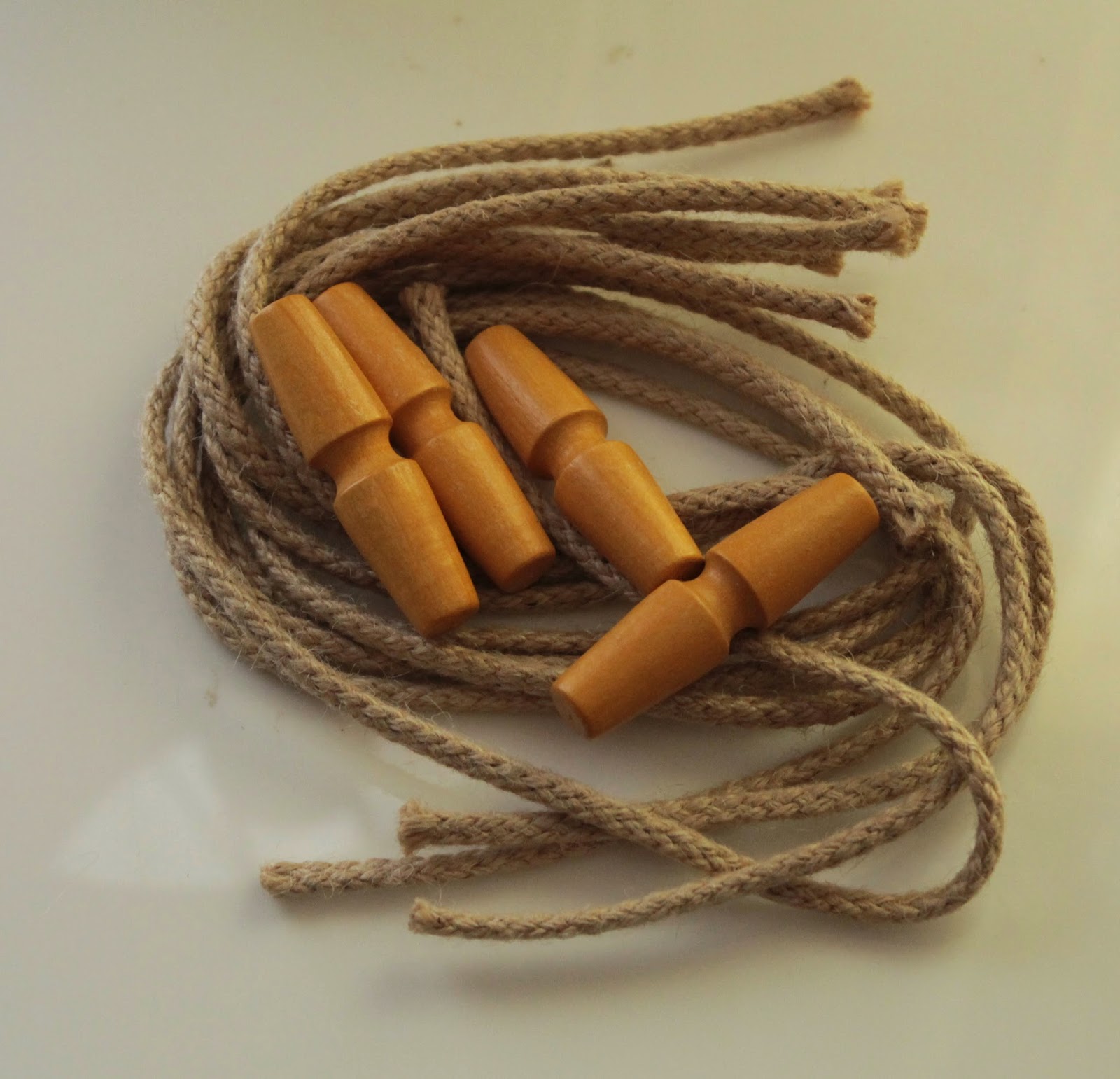 Fortunately, replacement sets can be ordered from Gloverall, the English manufacturer of these coats, for less than $10. I ordered a set over a month ago, and it arrived in short order. In the package are eight pieces of jute rope and four wooden toggles.  I had hesitated about bringing the coat to the tailor to have the new toggles put on, mostly because I didn't want to be without the coat for a week or two in the middle of Winter. Then today we were snowed in, so I decided to have a go at it myself. 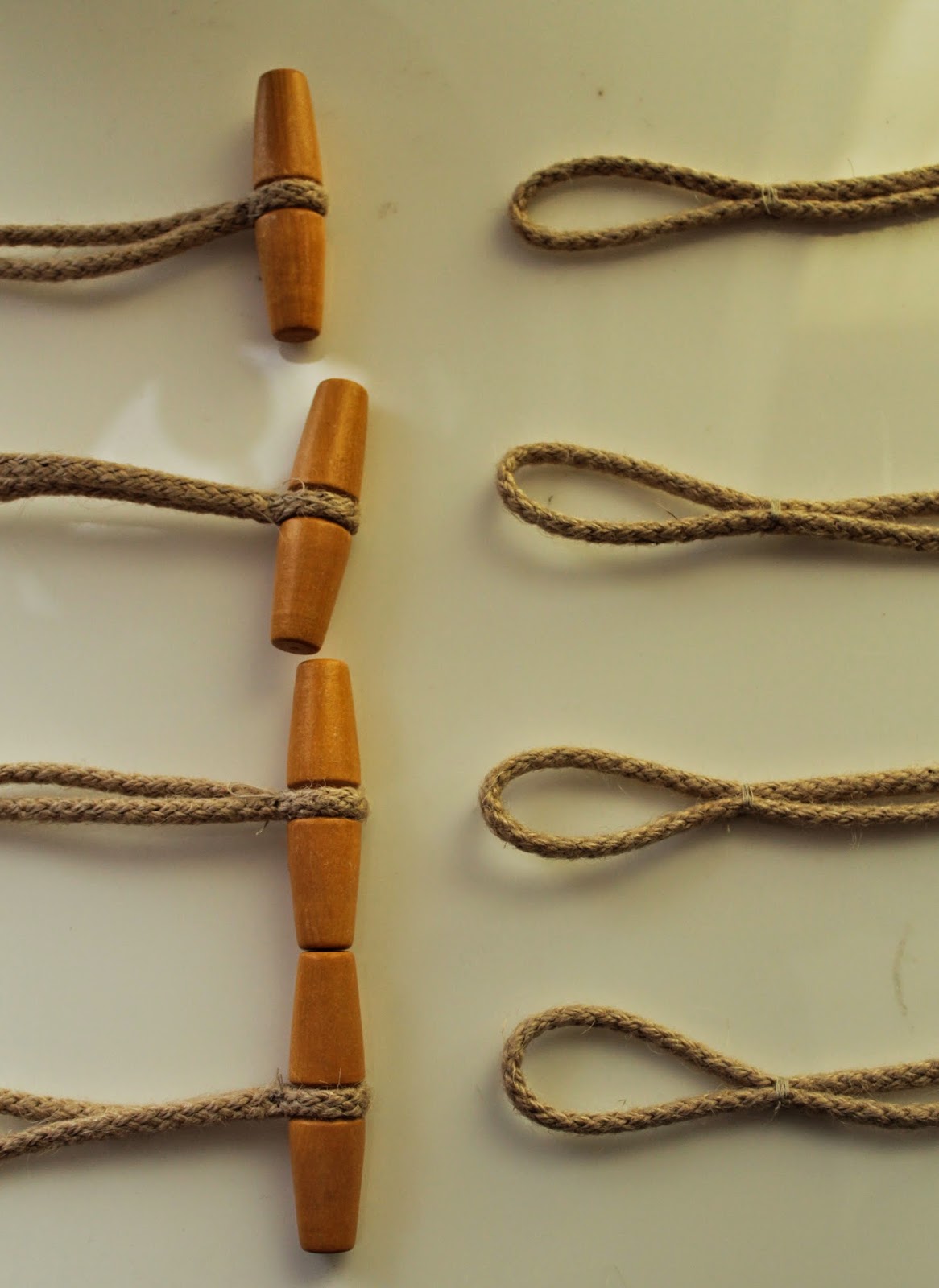 The fist thing to do is basically assemble the toggles. Each wood toggle is wrapped in jute rope which I then sewed tightly in place. The remaining four pieces of jute were sewn into loops. When doing this step, make sure to leave the loops wide enough to easily accommodate the wood toggles when fastening them. 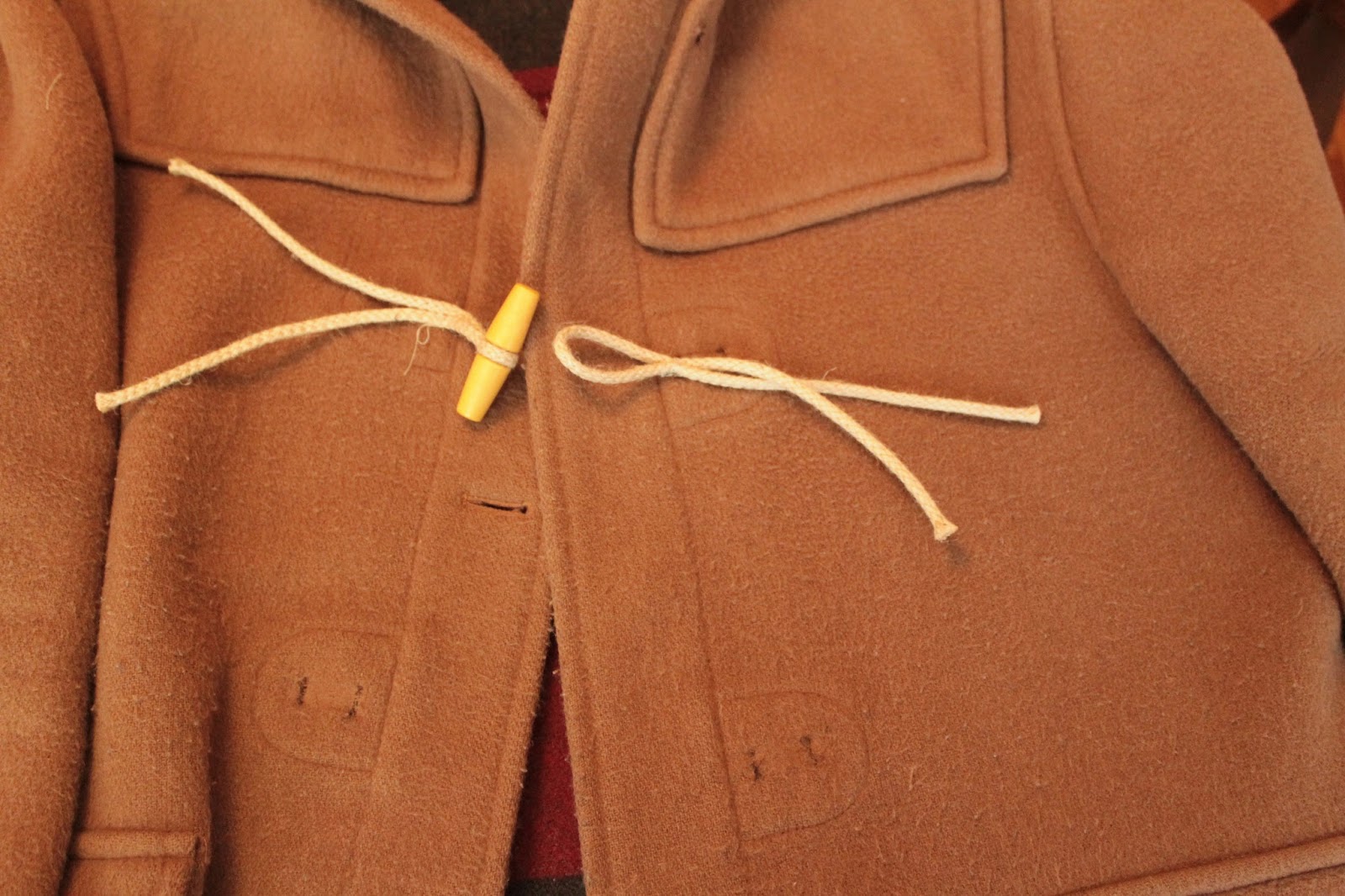 Next, after carefully removing the old leather thongs with a seam ripper, I sewed on set on partially to insure that I had the placement correct. In order to keep things neat, I made sure to stitch through the ghost of the stitch marks left by the original thongs. Then I tacked down the other end and trimmed off the excess jute. Repeat with the rest of the toggles.I set the project aside a few times to do other things, but all told the entire process took little more than an hour. 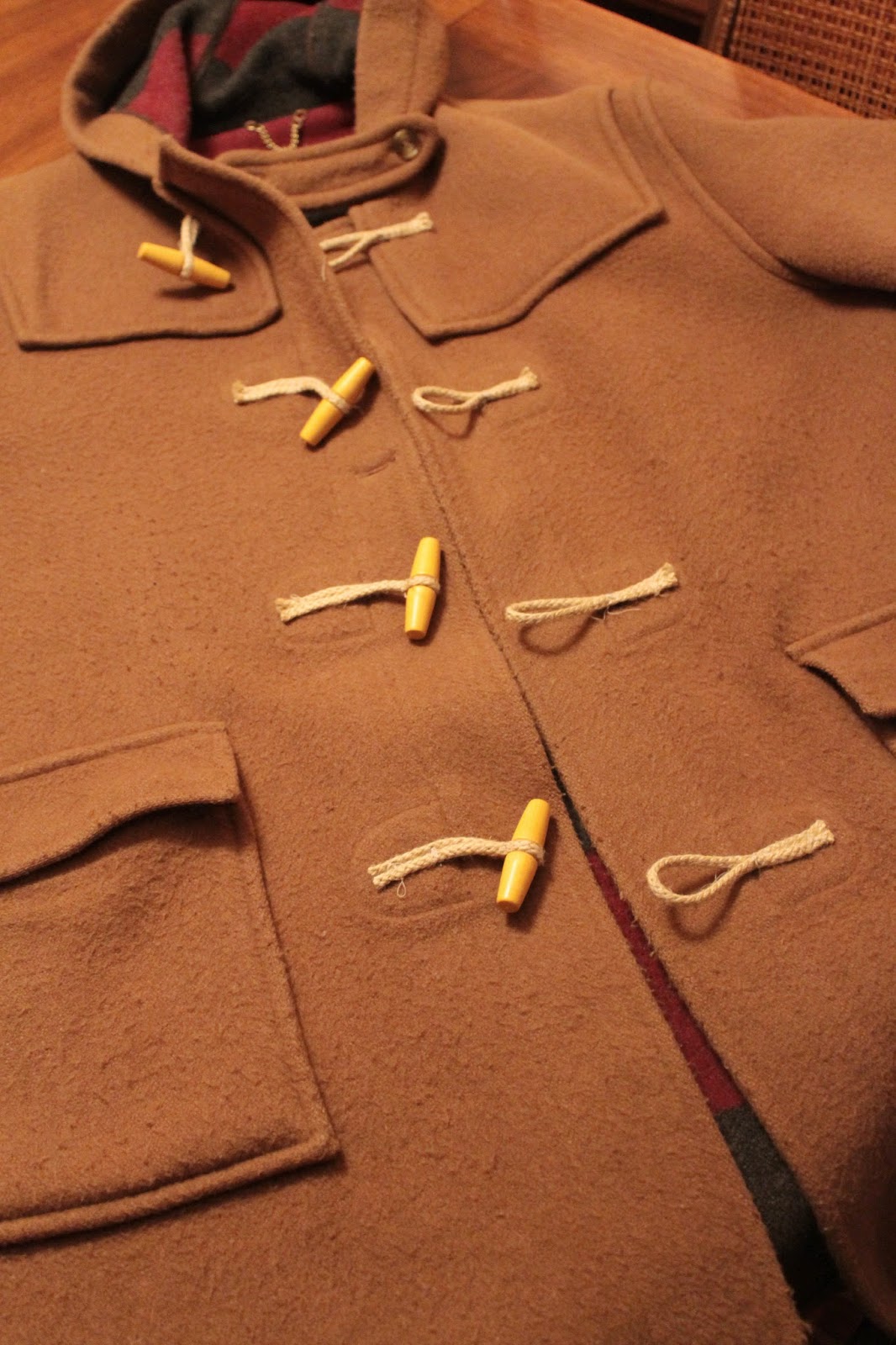 In the end, I find the coat to be vastly improved. It's a small detail, but an important one. No doubt I've gotten my $12.99 worth out of this coat in the last four years, and with these new toggles it will last for many more to come. Sometimes the best new coat is your favorite old coat.

All in the Timing 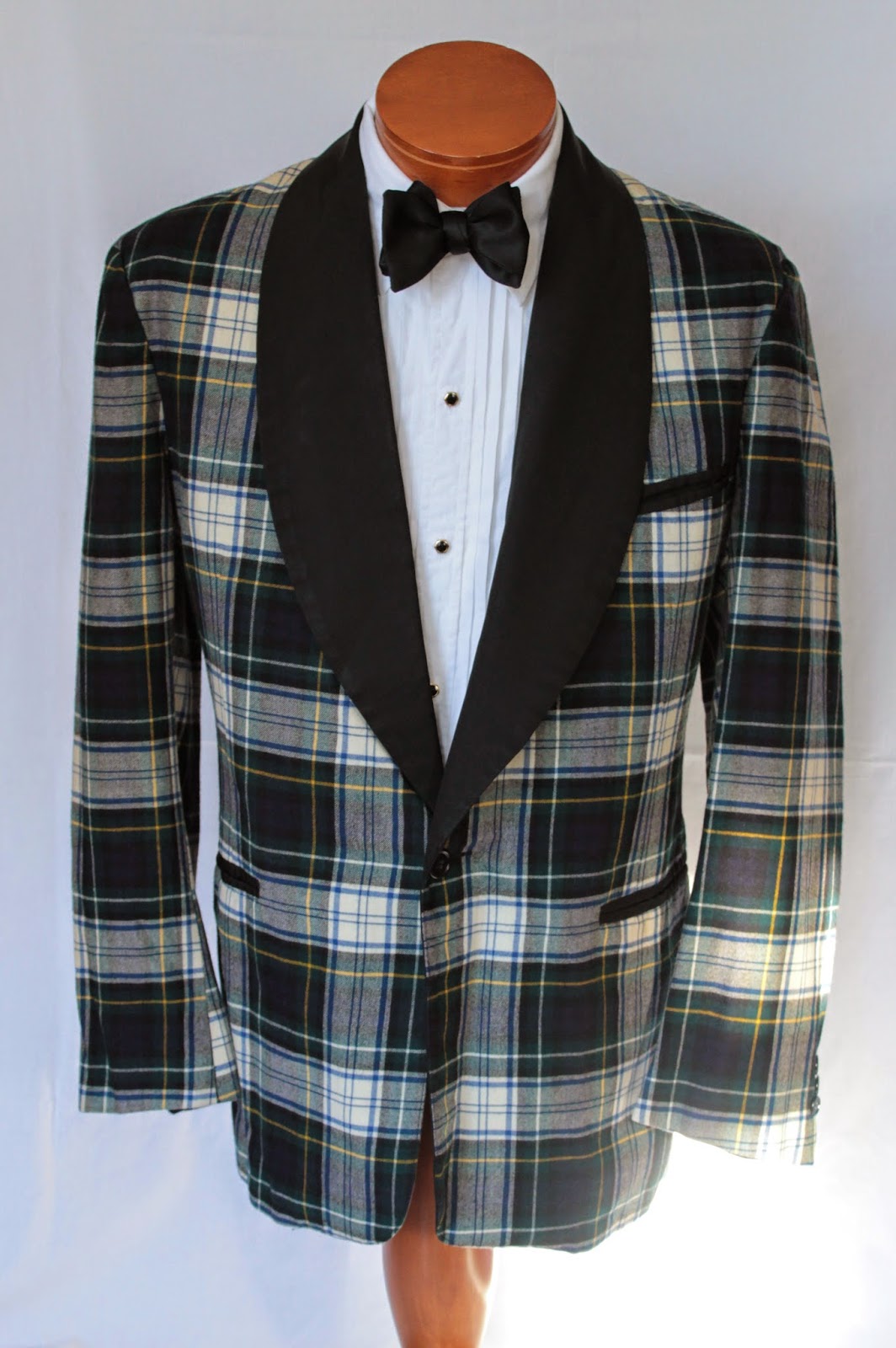 For the last few years, I have been happy to attend a Robbie Burns Supper at a club in Boston at the invitation of a good friend. I've worn a suit of Black Watch, and tuxedo with a Royal Stewart blazer swapped in for the standard diner jacket. This year's supper was held last Friday, but I wasn't sure if I would attend. Then only last Wednesday, I found the above jacket, at a thrift shop of course, for a mere $7.99. 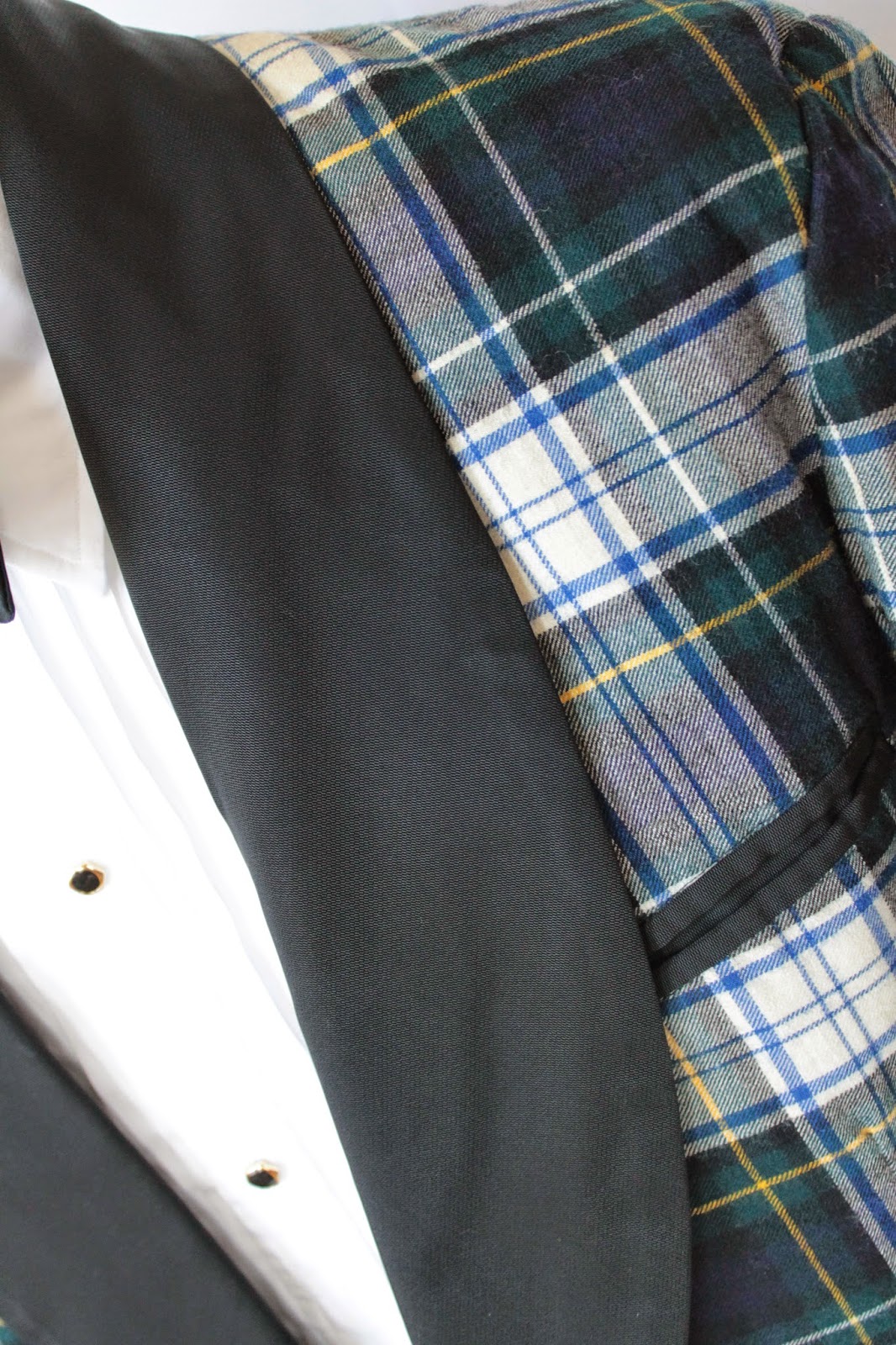 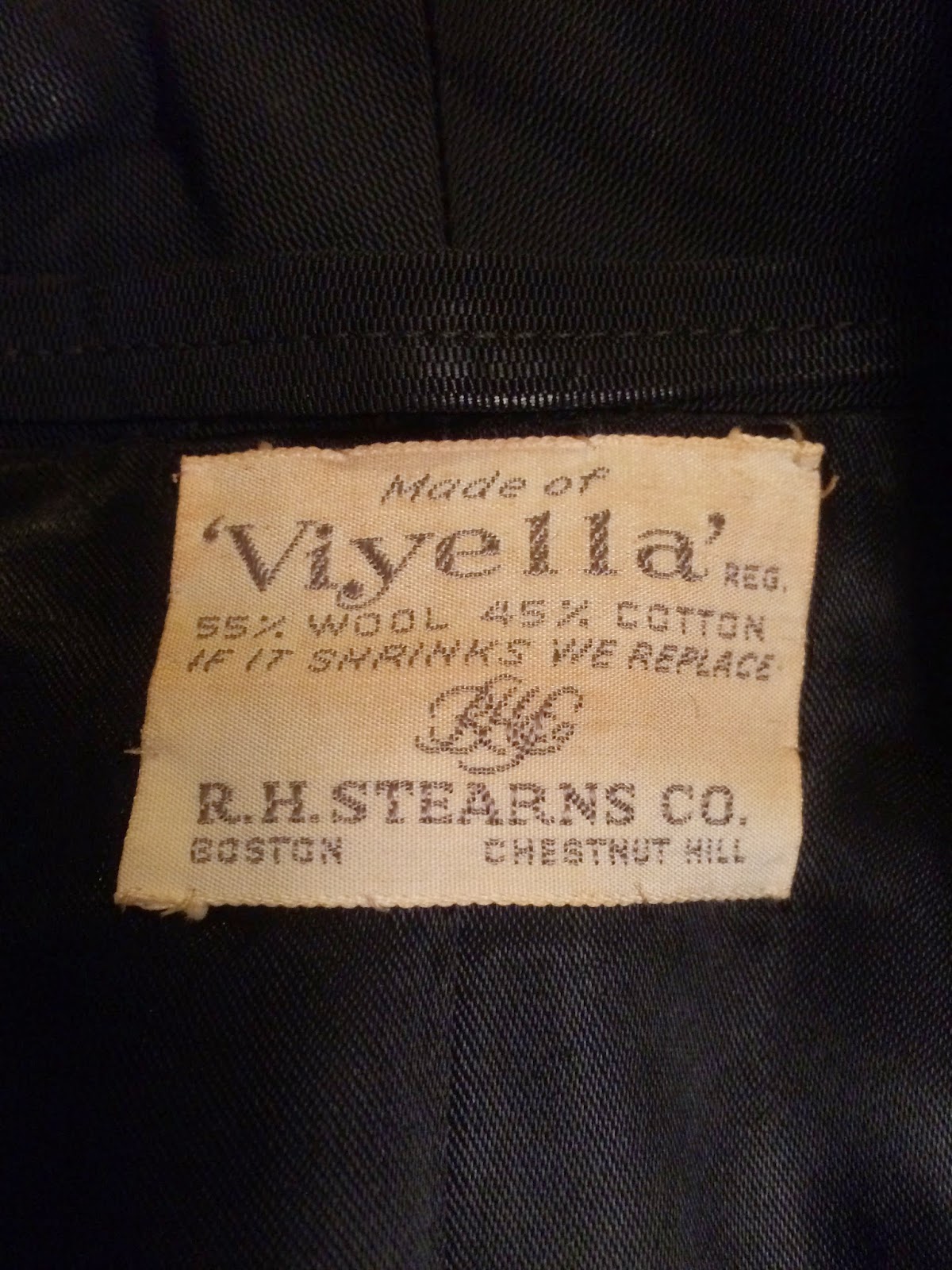 Rendered in old Viyella. Honestly, a tartan dinner jacket is one thing, but a Viyella dinner jacket?!?! Unheard of. Just in time I guess.

In the end, I didn't go to Burns Supper this year after all, opting instead to end a long day of hard work and ring in the weekend with a pizza dinner with the wife and kids. But Scots Wha Hae and all that nonetheless.

Regular readers of this blog know that the answer I would give to the question posed in the title of this post is emphatically to repair...most of the time. 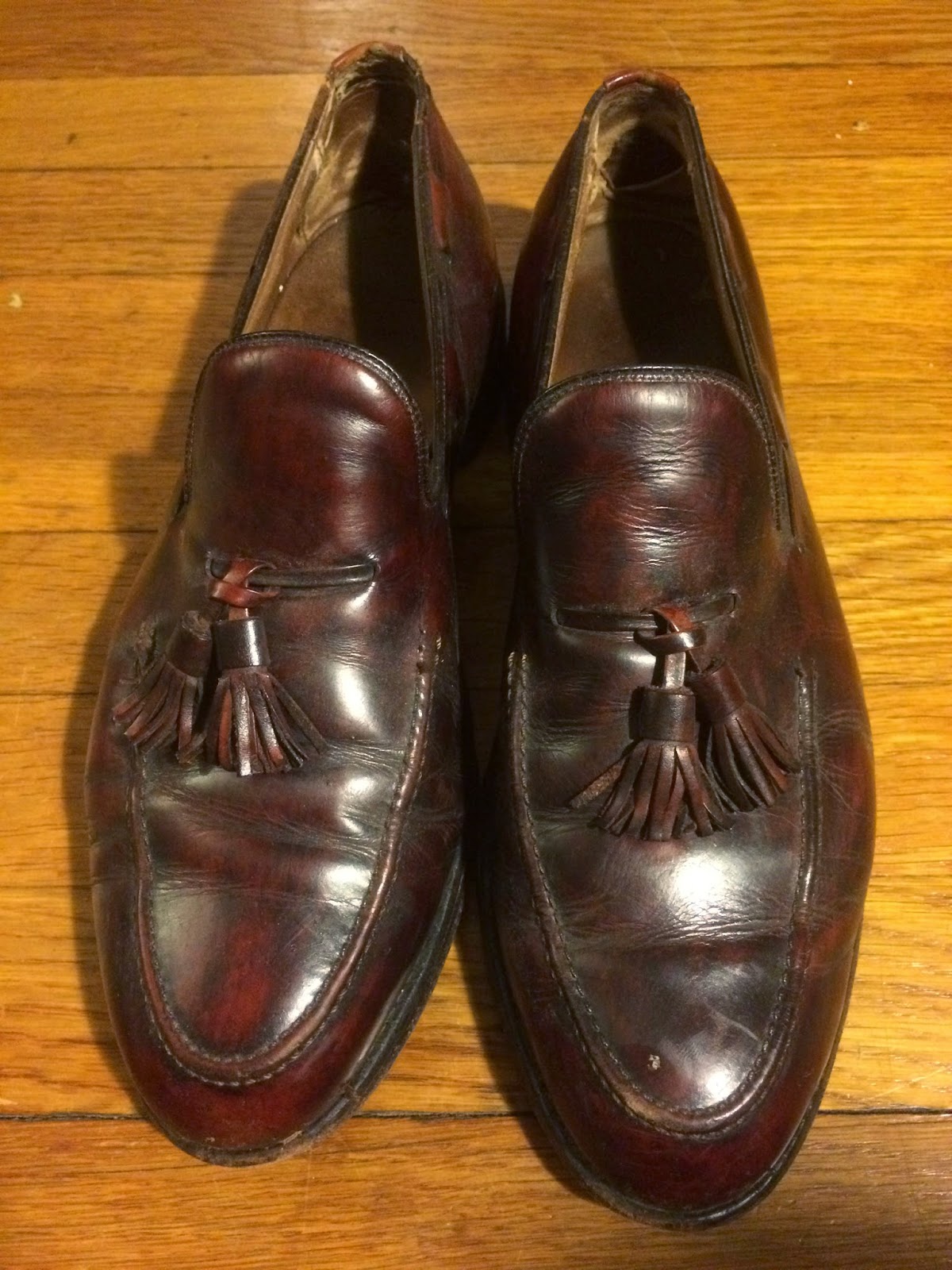 It's fair to say that tassel loafers are my favorite type of shoe. I suppose that's why I've been able to justify owning five pair that vary only slightly from one another. About six months ago, an old favorite pair suffered irreparable damage to the leather upper. I wore those shoes with cords and sweaters, flannels and tweeds, and in violation of barely existent sartorial rules, even suits. I was happy to have scored an apt replacement in the form of the above pair of Allen Edmonds in the "Saratoga" model, via eBay for $26.

But these weren't an such an apt replacement. There were too many differences.The vamp on these is much higher, and the toe is a little pointier than I like. Still, I could overlook those things. 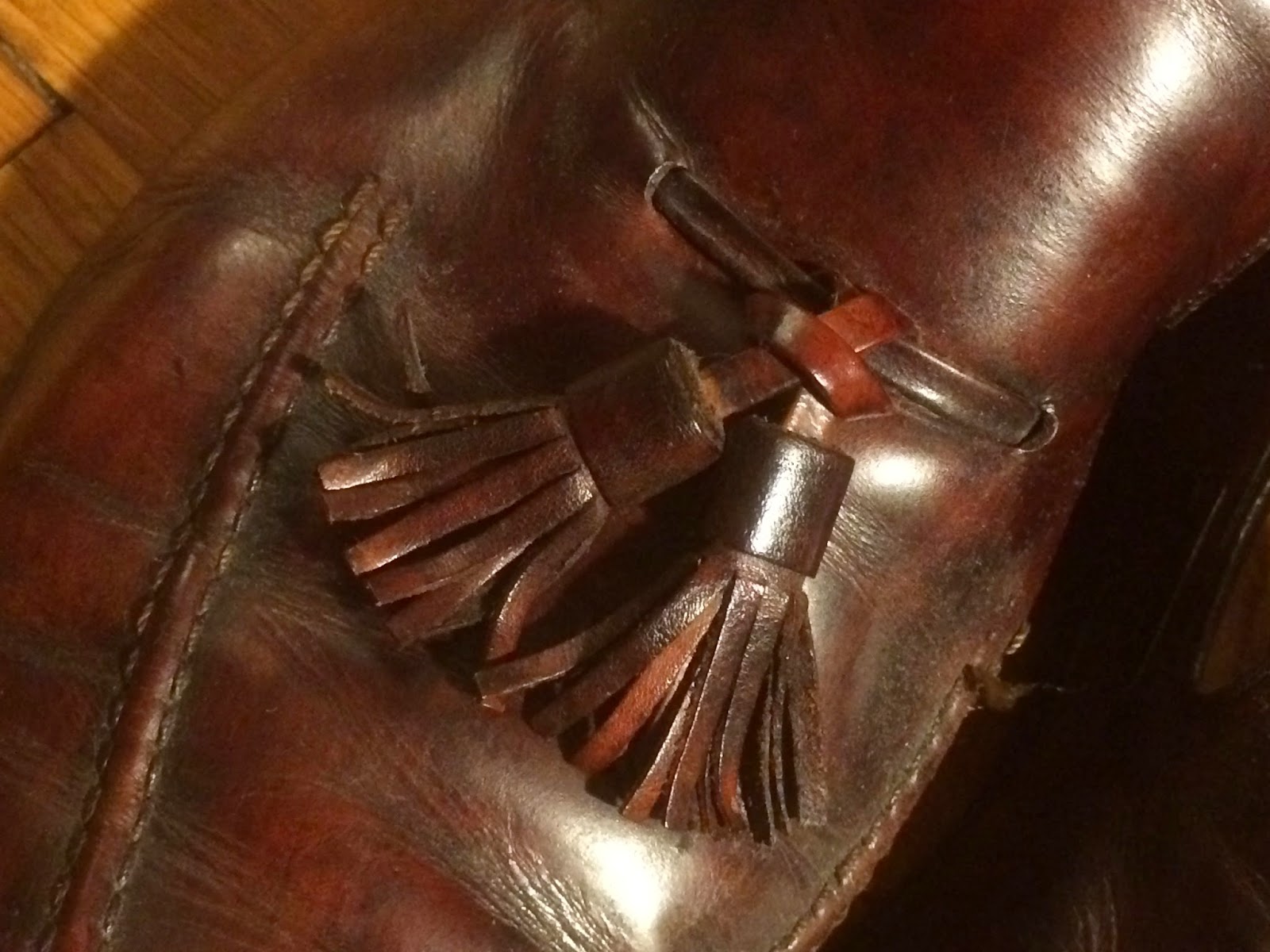 What I had trouble overlooking was the tassels. On my old pair, the lace was actually tied in a knot, but on this pair, the tassels were just attached separately. A small detail, but a detail nonetheless. It's kind of like getting cheap boat shoes where the lace doesn't really go around the whole shoe. Add to that the fact that the previous owner had applied (badly) way too many layers of wax polish. Probably read too many #menswear blogs. Consequently, they get much less use than their predecessors. 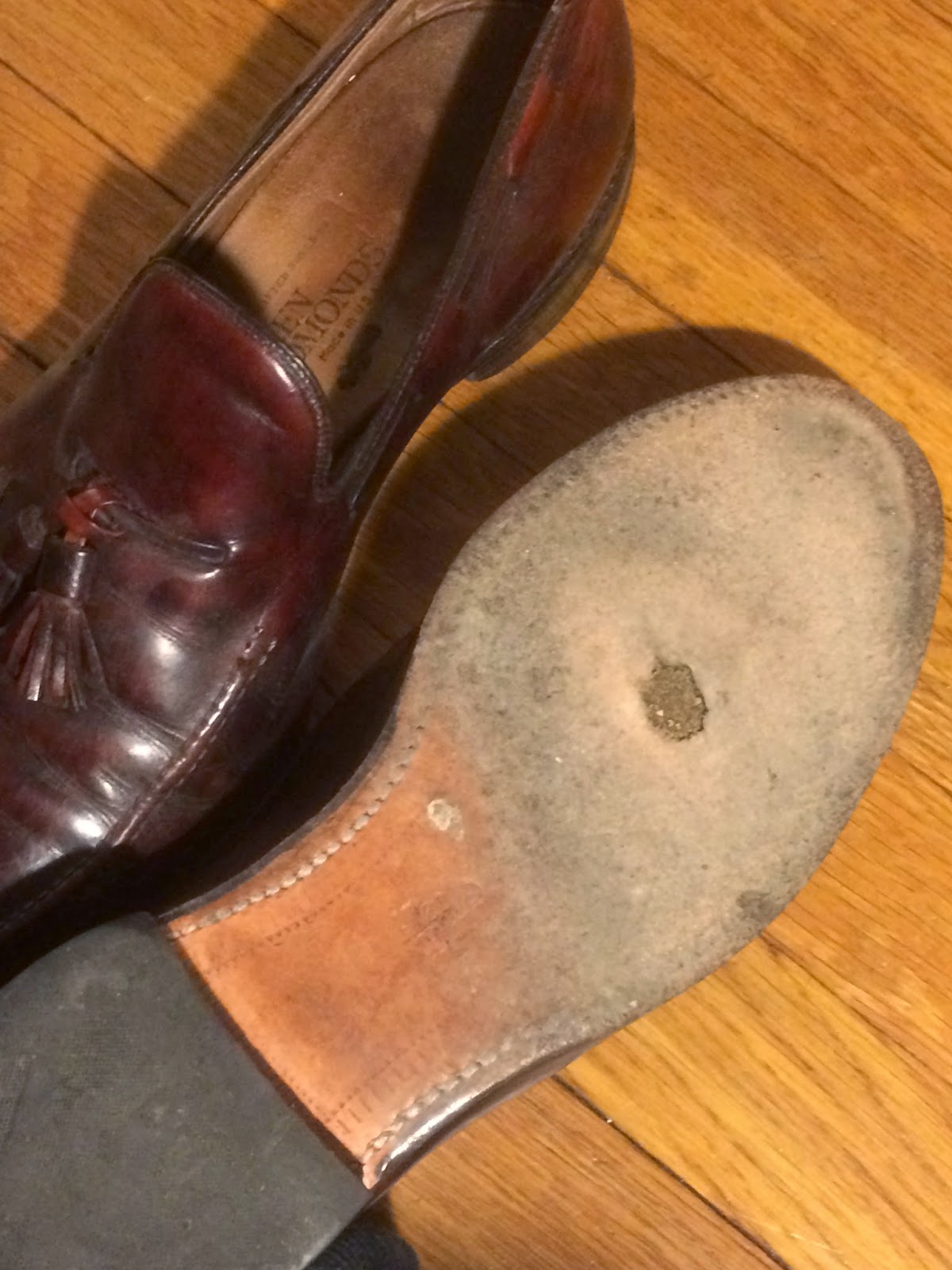 So when they got a little worn in the heel and needed new soles, I stalled. I considered bringing them to Allen Edmonds for re-crafting. I've seen re-crafted Allen Edmonds shoes firsthand, and I know that the service is worth the $100 or so dollars it costs. They would fix the soles and strip off all those excessive layers of wax polish, but those damn "fake" tassels would still be there. 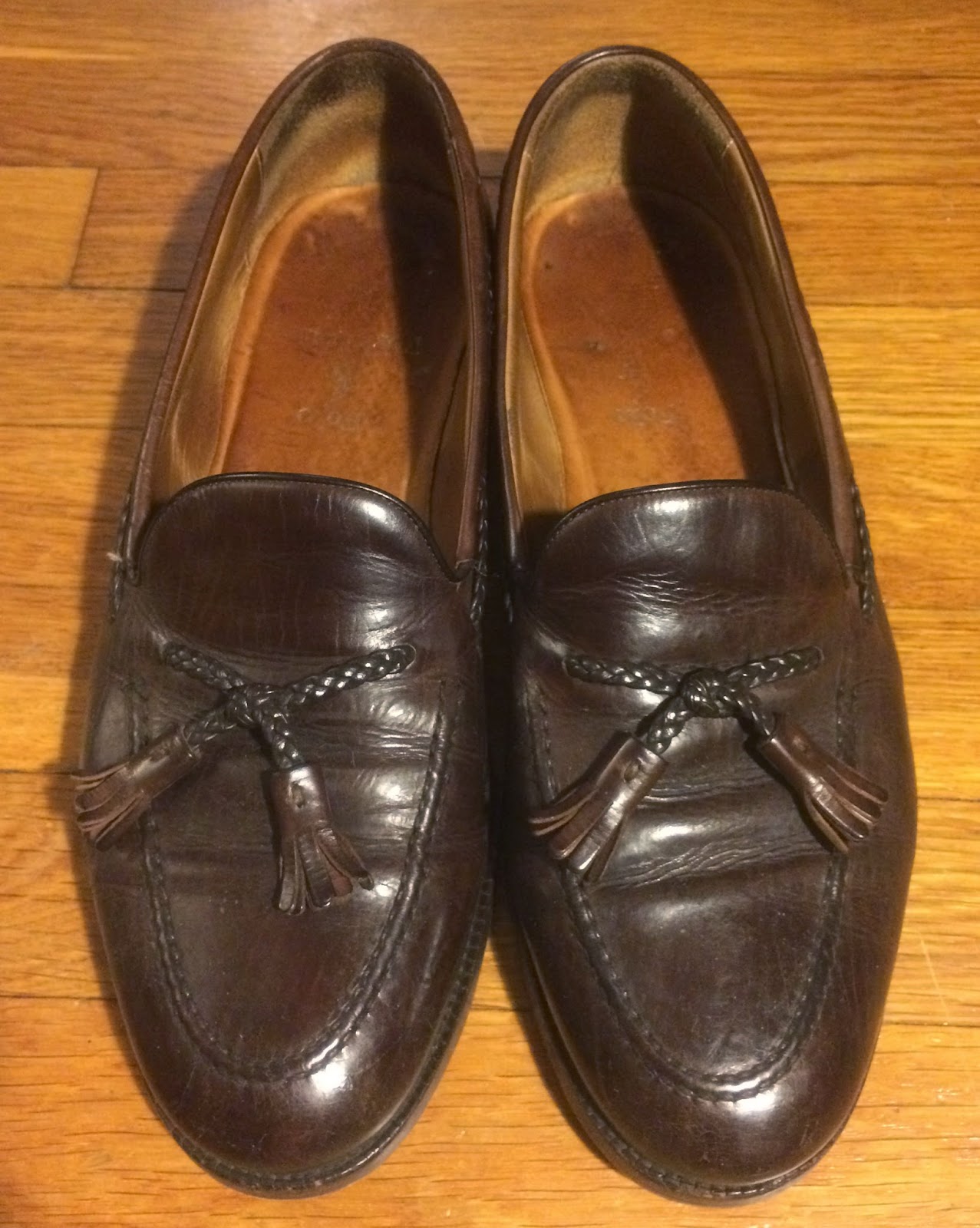 Then these came along, Italian made for Polo Ralph Lauren, in barely worn condition, for $60 via eBay. The vamp is lower, giving the shoe a more slipper like line, which I like. They have a closer shape to the beloved pair I tried to replace in the first place. The toe is rounder, which accommodates my wide, brick shaped foot better. And they cost about half of what the re-crafting process would cost. 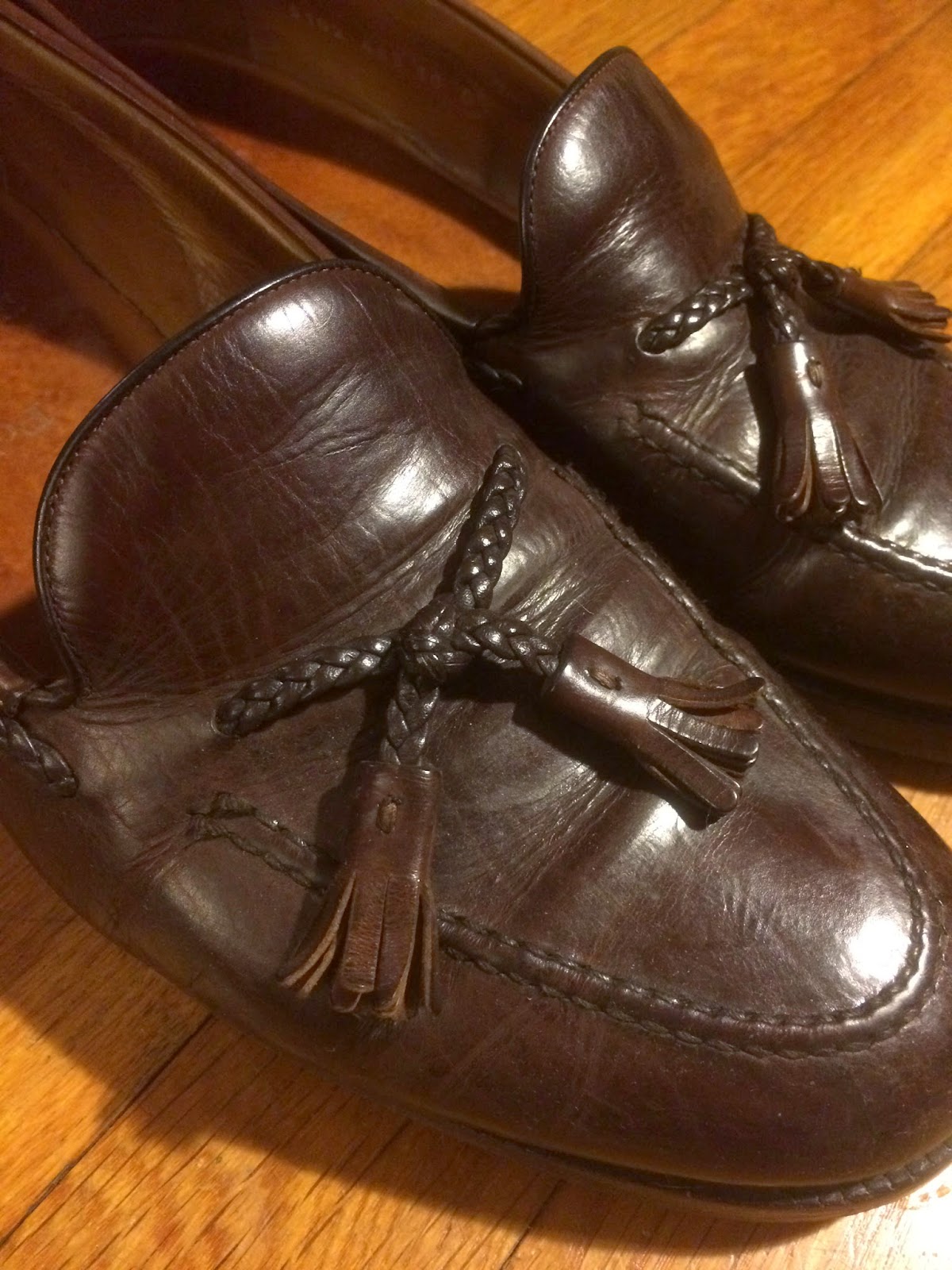 Best of all, the lace is tied, and braided to boot. A zesty little touch. I can already tell that these will get easily double the wear of the previous pair. Given that they saved me money, this is one case where replacement was a better choice than repair. 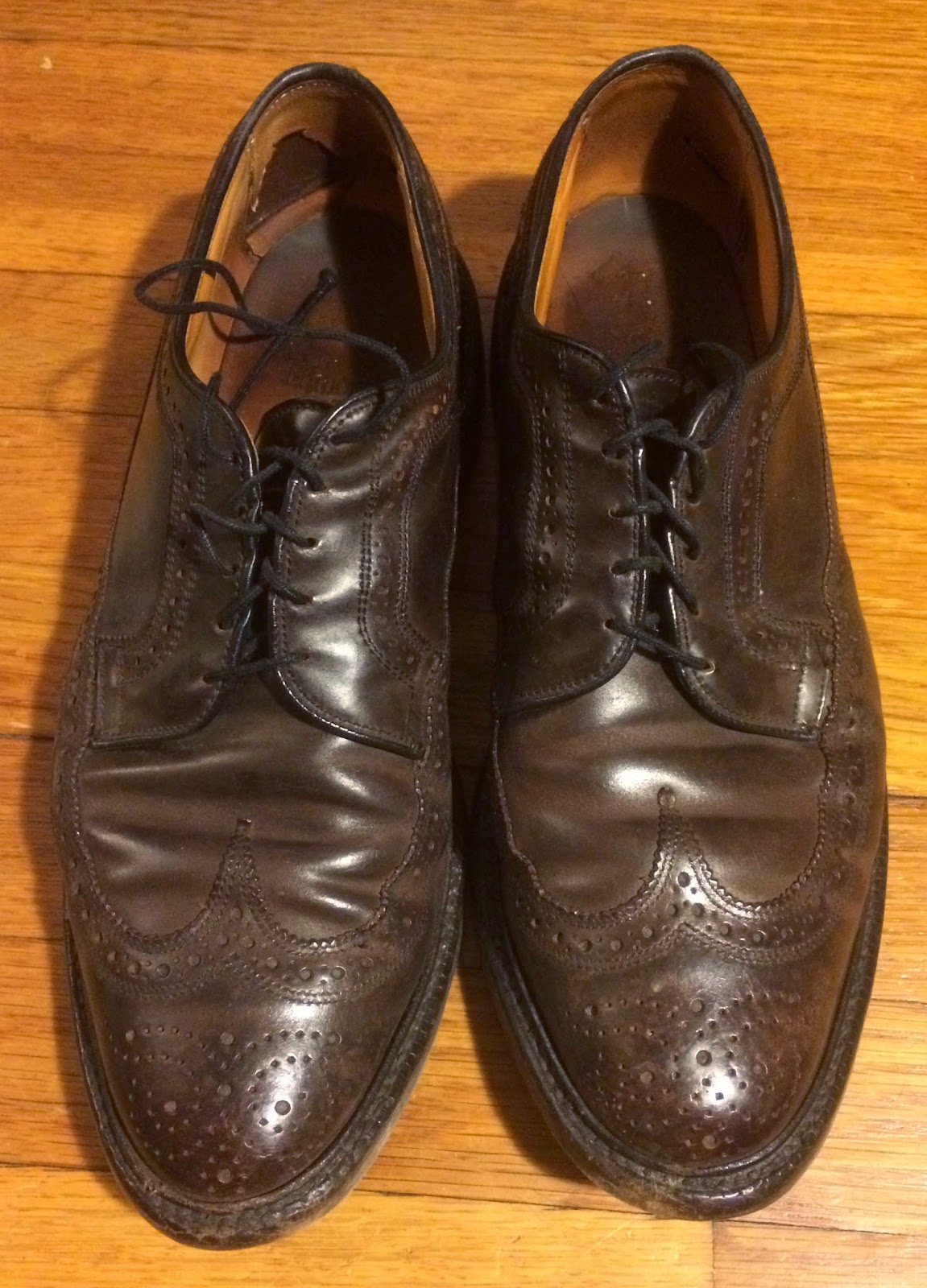 Better to spend those re-crafting dollars on these Allen Edmonds shell cordovan "Mac Neil" longwings, which also need soles and heels. These are not so easily replaced, at least not at the kind of prices I'm used to paying.

Repair and reuse may be the cornerstone concepts of thrift itself, but they are best tempered with a well timed and occasional replacement.
Posted by Joe at 8:52 PM 5 comments: 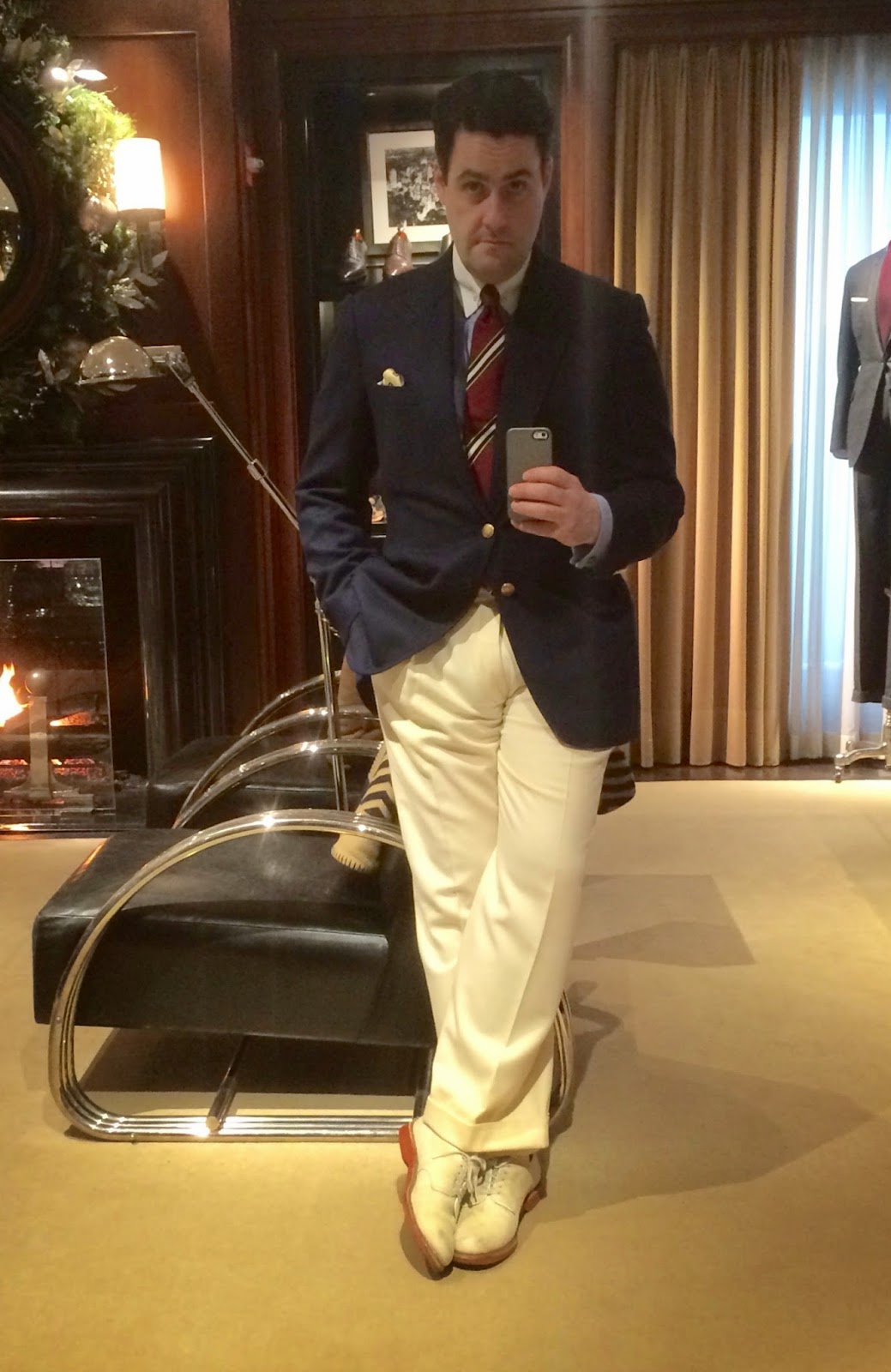 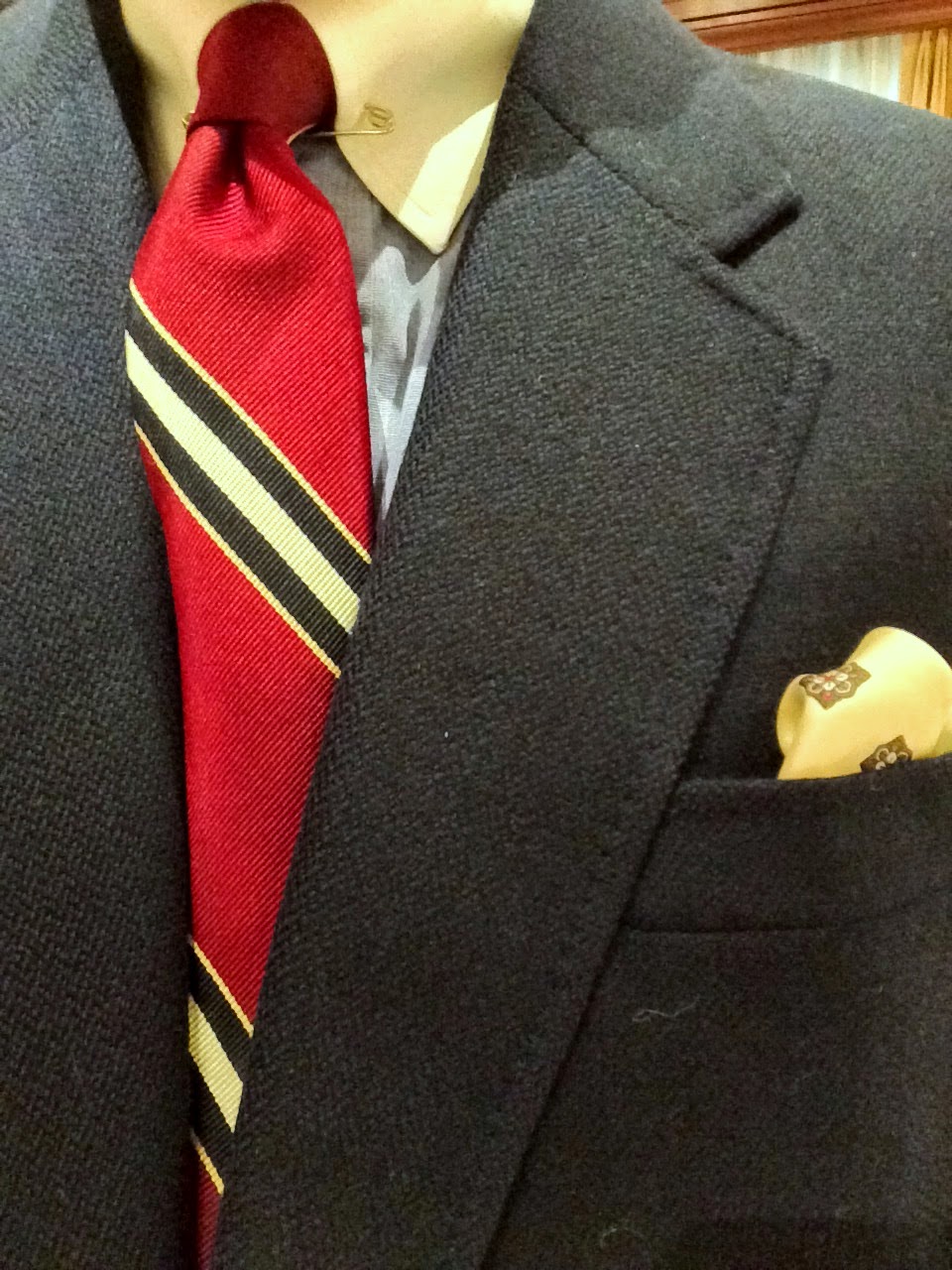 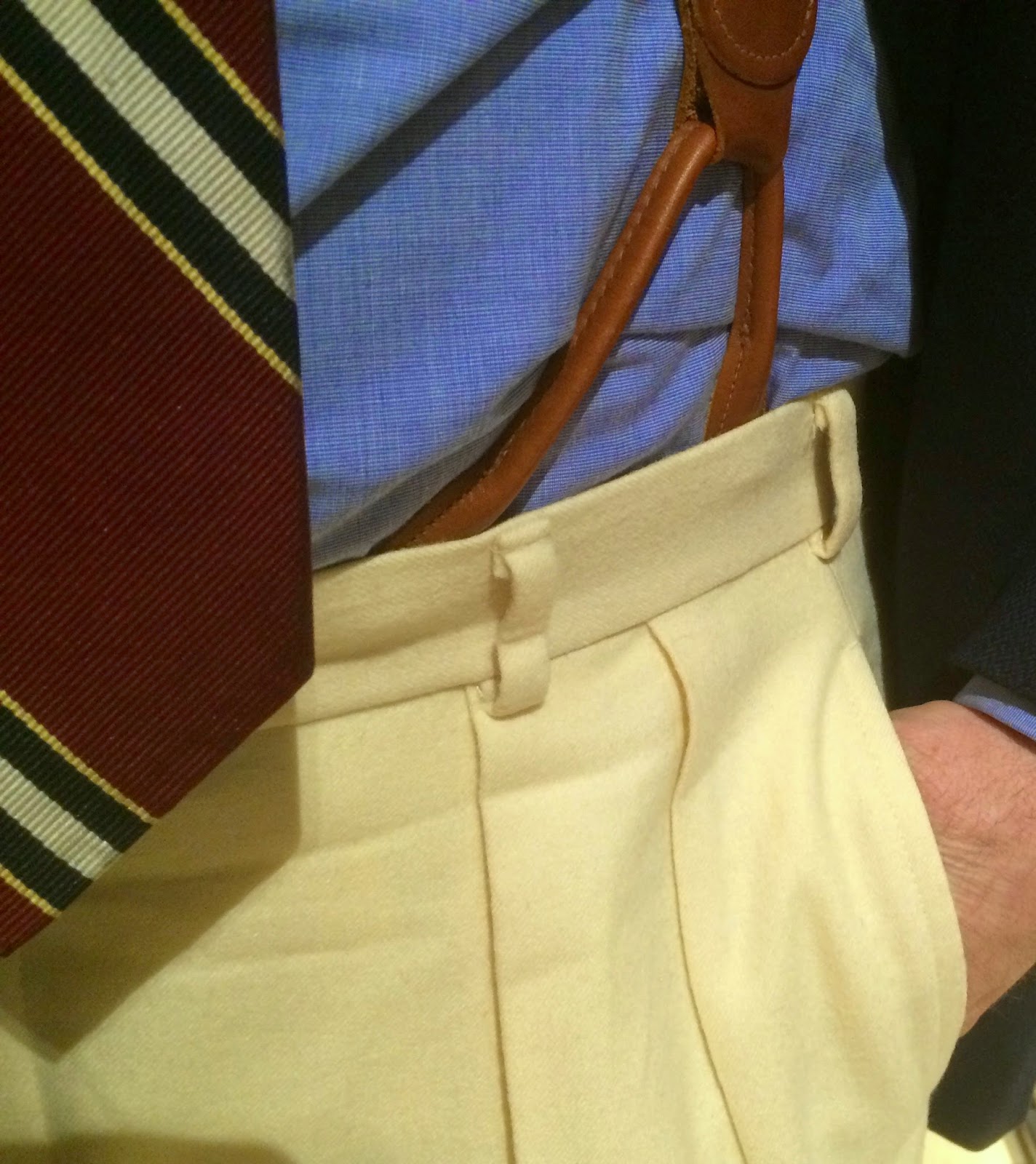 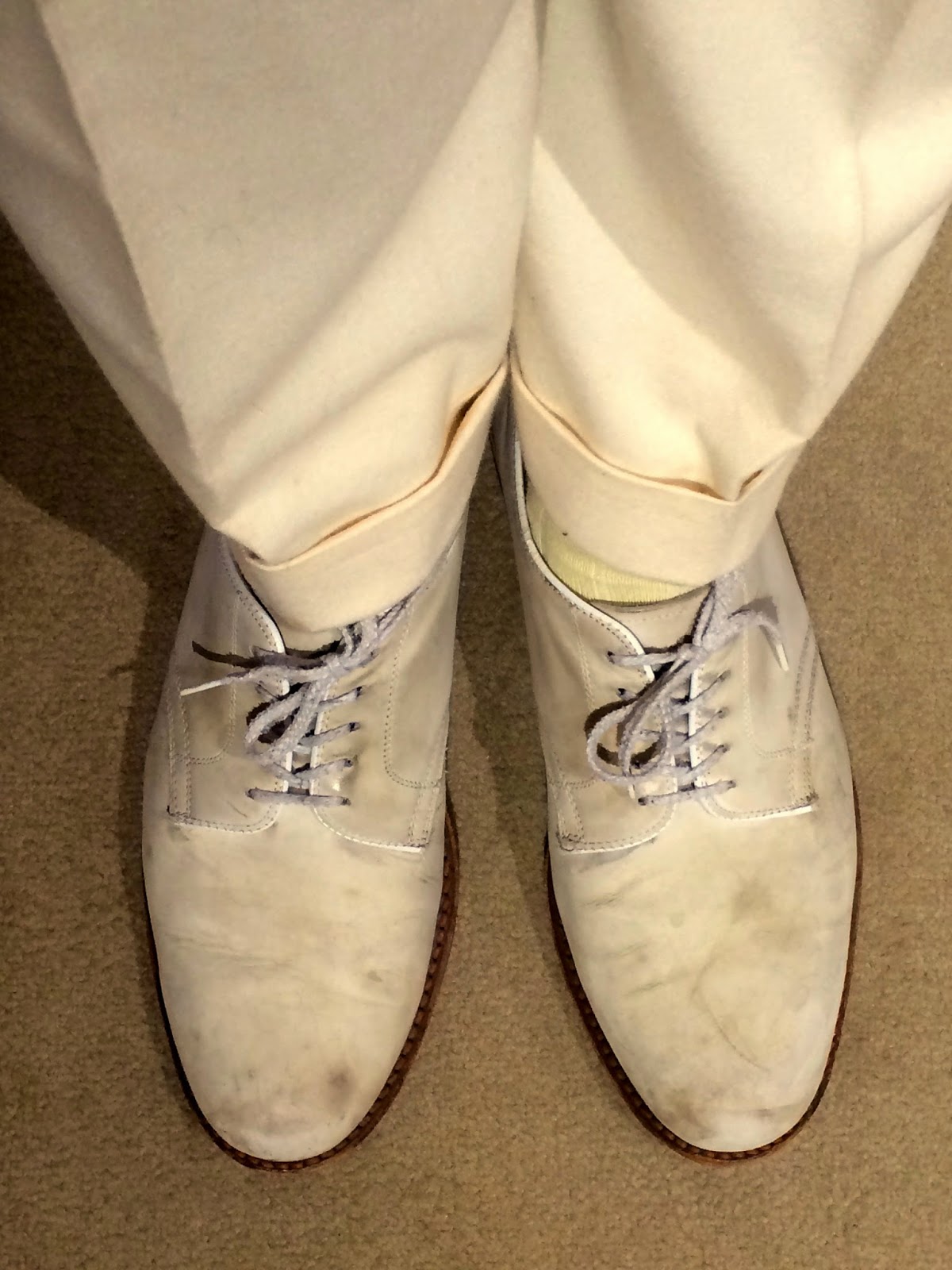 In the end, the cream flannels may have been too much of a conversation piece, even for me. The last thing a gentleman wants is everybody talking about his pants, or something, right? On the other hand, go ahead, I dare you.
Posted by Joe at 8:32 PM 5 comments: 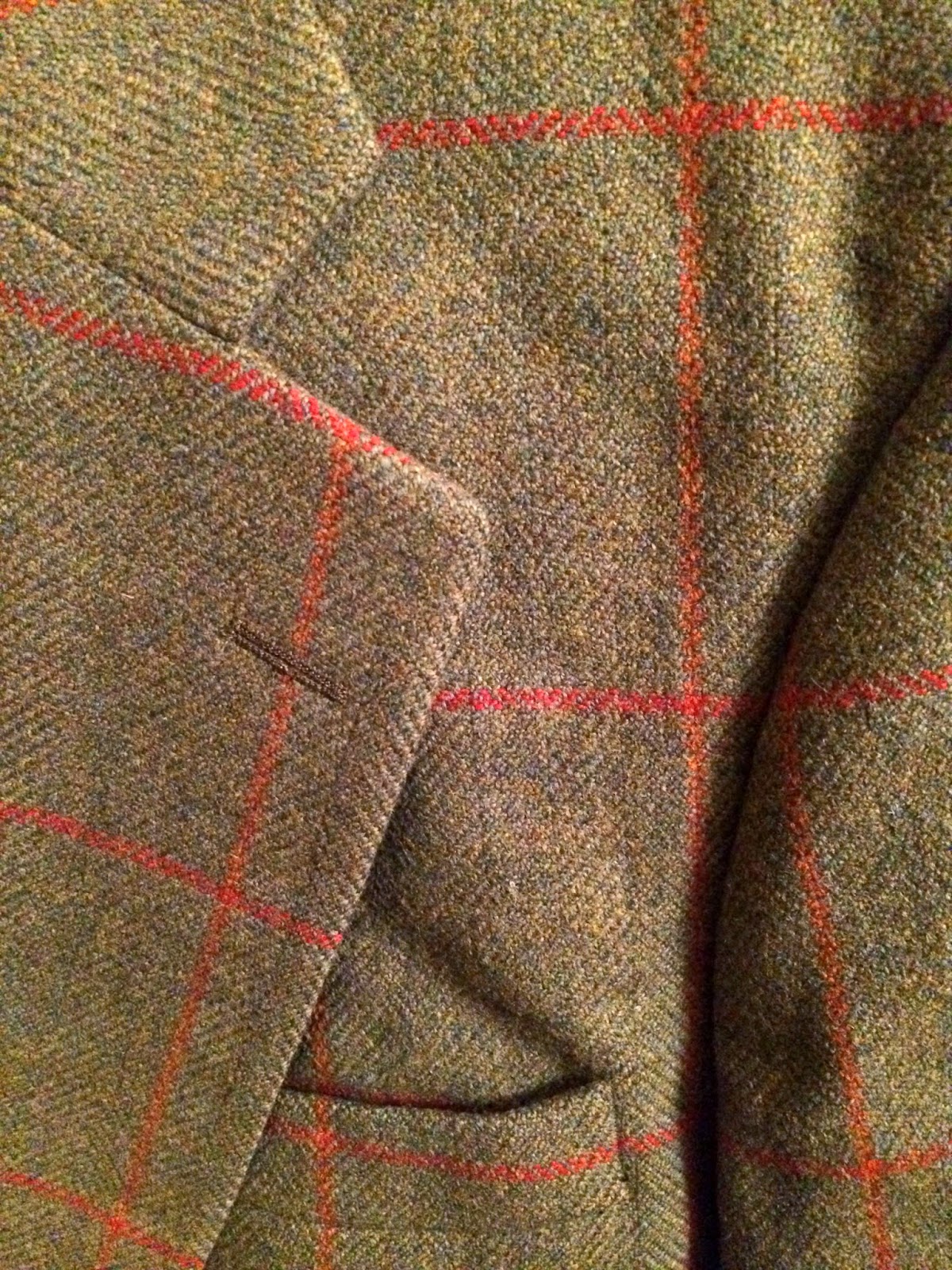 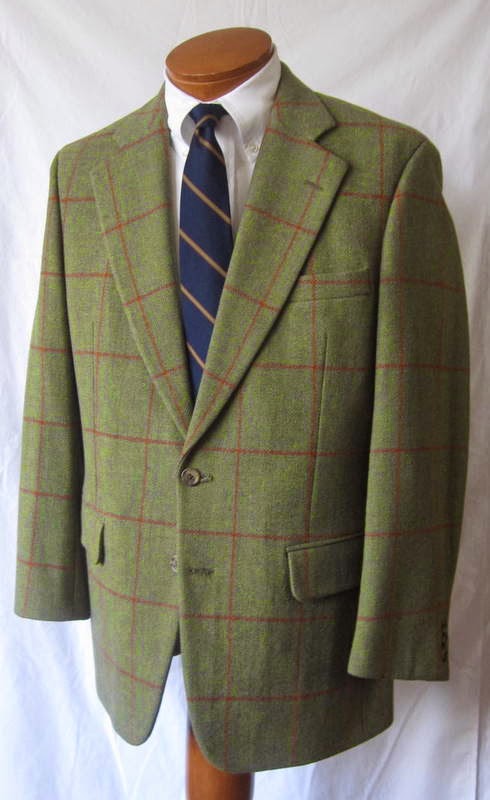 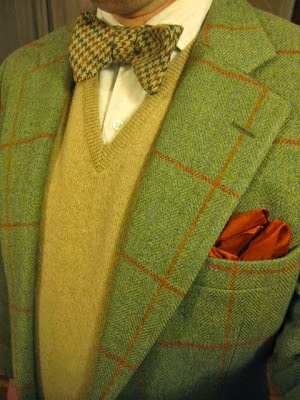