Dressing For Two Seasons at Once

A gentleman dresses for the weather at hand, not the weather he wants, even if it means dressing for two seasons at once, as it so often does this time of year in New England. 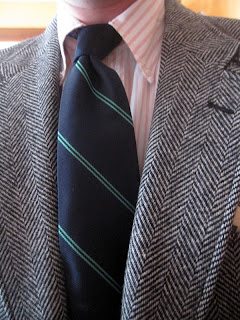 Pink and green, laid back in the stripes, lets you know that I enjoy Spring, and am very glad it's begun to rear it's pretty head around here. Grey tweed lets you know I'm not foolish enough to pretend it isn't still mostly kind of chilly. 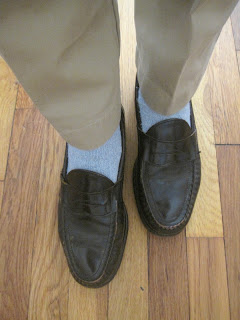 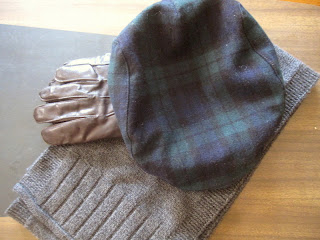 On my head, a wool cap in Black Watch by Pendleton, and in my tote bag a merino wool scarf by Brooks Brothers and a pair of brown leather gloves wait for later, because after dark, it's gonna be cold.

Few things are as silly as ignoring the weather when you dress. Once, we had four seasons: a hot one, a cold one, and two vague ones. But the fashion industry has not only rendered the vague ones obsolete, they've even got us buying bathing suits in January and overcoates in August. The result is a bunch of young people wearing flip flops and shorts on a night that barely reached 40 Farenheit, and fur collared parkas on a balmy 60 degree day in October.

Remember, it is in fact possible to be both seasonal and weather appropriate in your dress. All you have to do is think about it for a minute or two before you choose the days attire.

p.s. Shop News
I missed getting new stuff in the Shop last week due to my jaunt to New York. This week, we've got plenty of the right products for "in between" times such as these. Also, the new "On Sale" page currently features some choice tweed and outerwear. Time to make room for the warm weather goods. Call it Spring Cleaning.
Posted by Giuseppe at 10:19 PM

I like the shirt/tie/jacket combo a lot. I was up in Cambridge about a month ago, and I don't see how you people do it. Beautiful places and a great atmosphere, but that cold gets to a man.

you could have bought that jacket in italy for 500 bucks

You're such a preppy.

If you don't mind my asking, what type of pants are those? I live in a city where the only options are fast fashion pants that look silly or bloated dockers that also look silly. I'm always on the lookout for a reasonable looking pair of everyday pants like that.

be honest you dont want a pair of pants like that, you shoyuld stop dri nking

no they are nice g just joking

Nothing special, just a pair of J. Crew "Essential Chinos". Relatively well cut of relatively good cloth, easily obtained and relatively cheap if you can find them on sale.