Turns out, there was a store on old Route 1 in Massachusetts that managed to successfully cater to all three seemingly divergent groups. This tartan blazer, found recently at a thrift shop for $5.99, led me down a path to find this out: 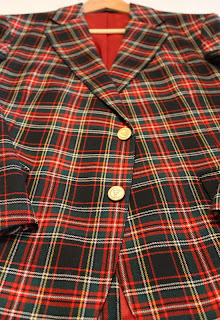 A real knockout, though I should probably wait until next holiday season to wear it. Nicely woven wool in very vibrant colors with brass buttons. I've become pretty good by now at dating old clothes, but this one is tough. My inclination is to sat 1960s, but the two button darted front makes me think its later than that. No matter, it's a great jacket whenever it may have been made. 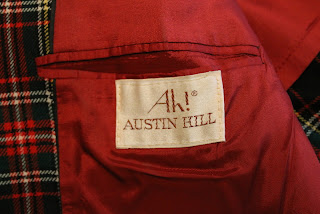 Ah! Austin Hill. That's quaint. Internet homework turned up nothing on this brand, but it was made in USA, another indicator of it's likely age, sadly. 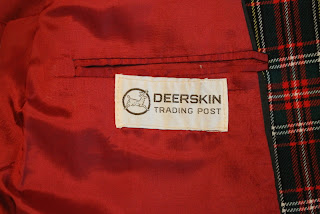 Here's the funny part. The Deerskin Trading Post no longer exists. I think it closed some time in the 90s. My wife and I both have memories of it being the sort of place that sold biker fashions. This sort of thing was quite popular in Eastern Massachusetts back in the 80s and 90s, especially North of Boston, where this place was. Think leather vests and engineer boots for men, and really awful high waisted, acid wash jeans for women. Certainly not things like a tartan blazer.

When I asked my parents about it, they had a memory more of a place that sold native American stuff to hippies back in the late 60s and early 70s, things like popover shirts with rawhide lacing at the neck, knee high moccasin boots, and lots of fringe, turquoise and silver. Certainly not tartan blazers. 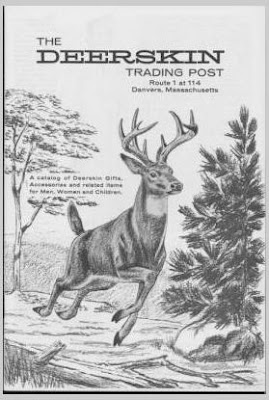 Poking around a bit led me to find this old mail order catalog from the early 1960s, over at the Hagley digital archive. Careful when you click that link, it will consume half your day. Here we see a version of Deerskin Trading Post that reminds me a little more of old school L.L. Bean. 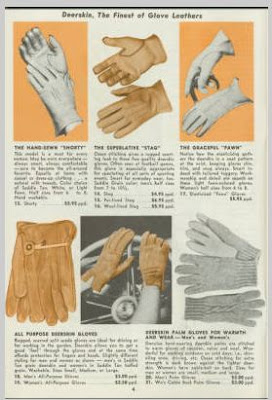 This was a place that sold fine driving gloves for ladies, 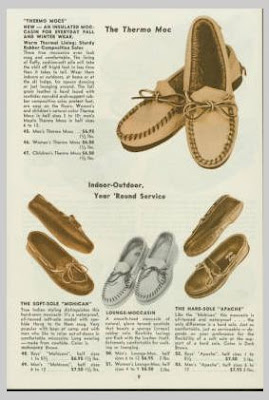 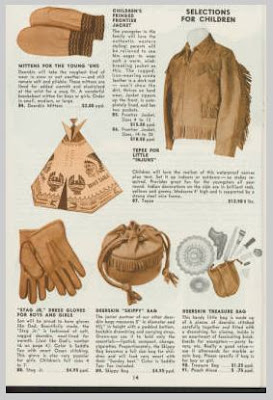 Something for the kids... 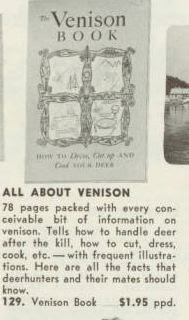 something for the house chef... 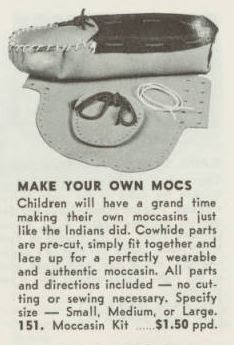 and something to do with your sons Cub Scout troop when it's your turn to host.

Suddenly it doesn't seem so incongruous that this place once sold a tartan blazer for Dad. Nor does it seem so incongruous that it would evolve to appeal to hippies and later, bikers. Too bad they couldn't have stuck it out a little longer. They might have made a killing in the days of the combined preppy revival, rise of the urban lumberjack, and heritage Americana obsession, all of it in Massachusetts no less. Can't you just see this on A Continuous Lean? At the very least, it would probably have been a pretty cool place to shop.

Love your blog! Even though i am a woman, i love and appreciate traditional menswear. Austin hill was a women's label, on the same level as pendleton or Evan picone. It would date from the 70's or early 80's. It was probably what came after villager and John Meyer of Norwich. It was what was referred to in stores as "country club clothes". I would not be surprised that they made men's clothes, too. After all, Talbots carried men's, too, back when Talbots was the go to store for classic women's clothing.

The AUSTIN-HILL trademark was held by the Palm Beach Company in SOUTHPORT, CT 06490.

If you Google "Ah Austin Hill", you'll even find an ad in LIFE magazine:

I think this store may still exist under a different name. There's a store at the intersection of U.S. Route 1 and Massachusetts Route 114, as the old catalog indicates.

In 1982, Deerskin Trading had a catalogue and did offer shearling jackets ala 'Marlboro Man' but also did a very nice shearling toggle coat with hood that I still own. I also puchase two patched wool shetland sweaters, one pastel and the other brights.they definately had traditional offerings for men and women.

I love the jacket! I have a few tartan jackets, (ok, more than a few. Probably more than anyone has a reasonable right to have). I had a girlfriend recently who was always urging me to get rid of clothes, and she had a particular hatred of tartan jackets. We had more than one argument over me attempting to leave the house in a favorite 1960s pendleton for which she reserved her most fearsome dislike. The jackets stayed, and she didn't. I can't say I'm too broken up about it in the end.

I also love that you spent the time looking into the history of the thing, where it was made and by whom. That's half the fun of thrifting to me and I often get lost for hours reading up on old stores and makers or trying to pin down the origins of some recent thrifted prize.

Really digging those mocassins, if the Deerskin Trading Post still existed, (or carried such nice mocassins,) I would gladly take a little trip up to Danvers and get some!

On a side note I found a few things that I suspect were trimmed from your collection at a certain Goodwill that I think we both frequent. I snagged a vintage charcoal/greyish Brooks No. 1 suit, planning to take it in to get the collar repaired. Happy hunting, sir.

I also own a Deerskin Trading Post shearling coat bought through the catalog in the 1990s. I also remember the store on Route 1. (I lived in Massachusetts back in the 1980s and 1990s.)

A friend of mine just came upon a nifty women's jacket (floral print) from the Ah! Austin Hill line, and I am grateful for the information included here. It looks like it is from the 1970s.