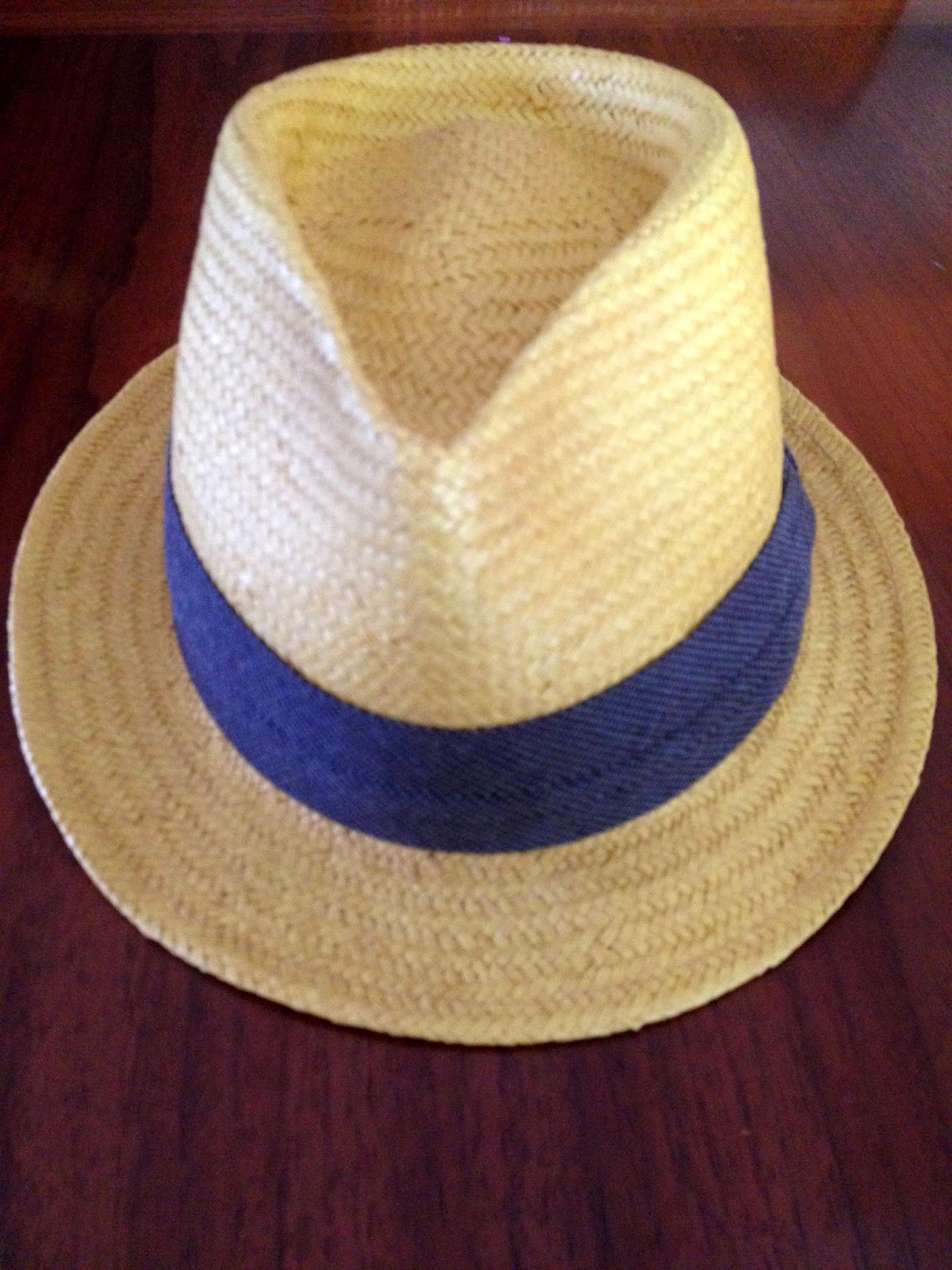 A few years back, I was headed to an outdoor Summer wedding, and really wanted a nice straw hat to wear with a tan worsted suit. I searched high and low, but the only thing I could find in time was a less than mediocre one in cheap paper straw with a too yellow cast at a J. Crew in the mall. I suppose I should have just gone bare headed, but better judgement lost this battle and I bought the hat for $15. It's one redeeming quality was a pleated band in black and grey mini houndstooth. It has sat on a peg on my hat stand ever since the day of that wedding. 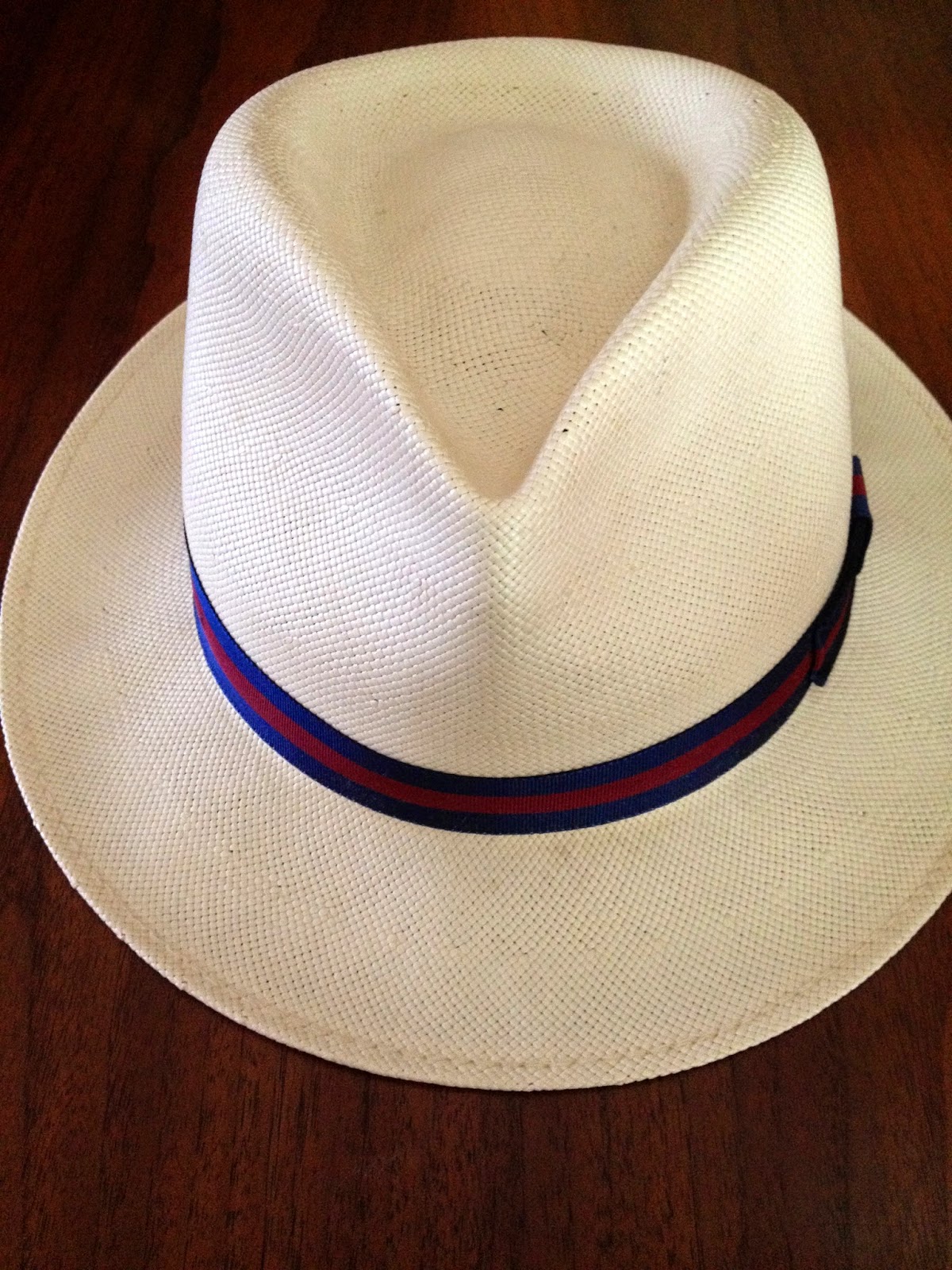 Another time, I bought a much better hat in quality off white straw in the end of Summer half price sale at the Andover Shop. I think I paid about $40 for this one. Clearly a better hat of better material, but still it remained mostly unworn. The navy and red grosgrain band is nice, but a whiff narrow for my taste, and I could't help but put it back for all the times I meant to wear it but was bothered by the band not quite making it with the rest of the outfit. Ah, vanity, but this is after all a clouting blog, no? 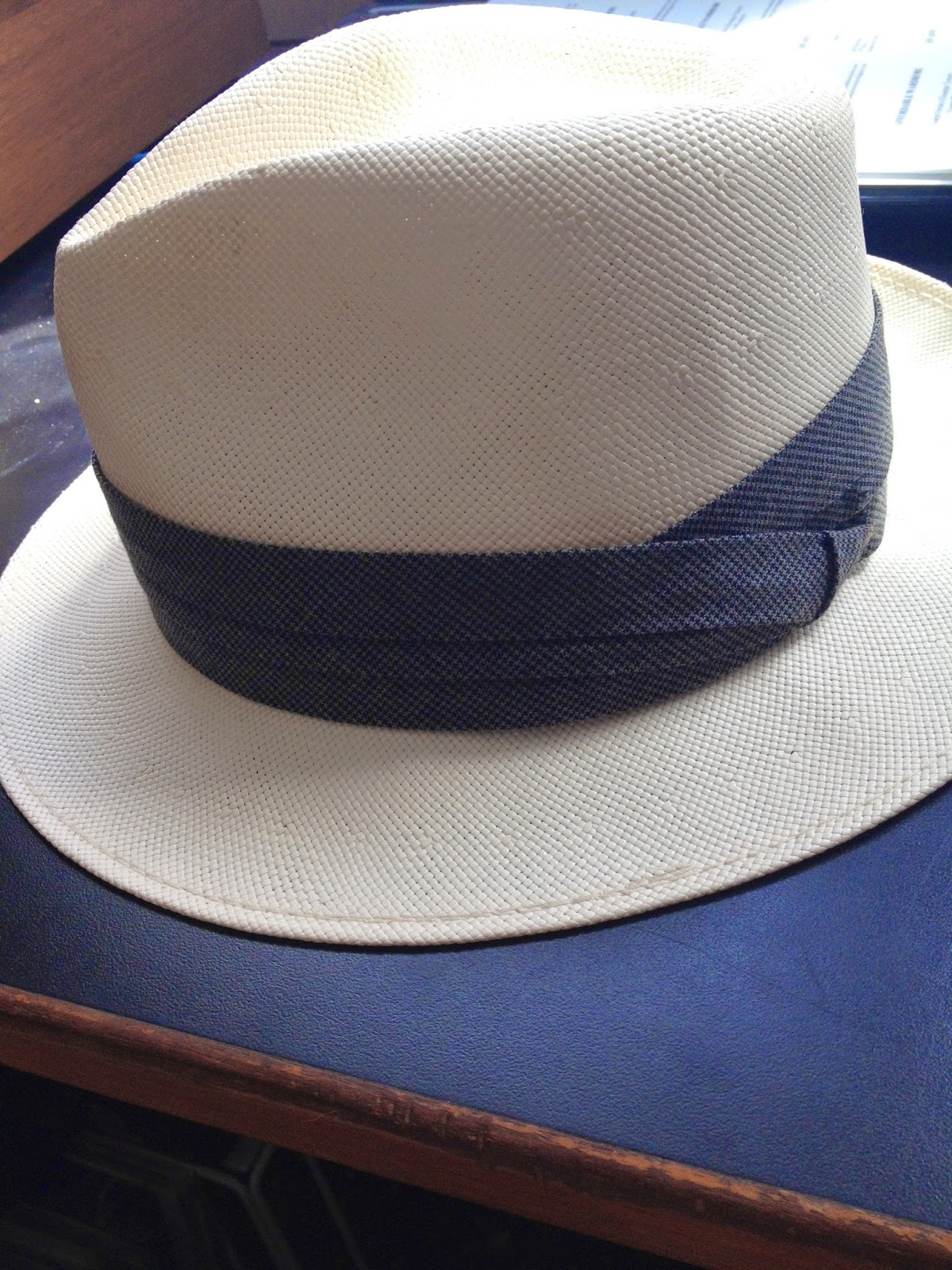 This Summer, my warm weather wardrobe has really come into its own. I've managed over the course of the long and terrible Winter to acquire an excellent madras jacket, another in cream colored linen and silk, and a perfect seersucker suit. A good straw hat would be a welcome addition, but something I'd be loath to gamble on for a third round. No matter, I simply removed the better band from the cheap hat and replaced the cheap band on the better hat with it. A few carefully and strategically placed stitches was all it took, and in the end I have the hat I set out to get in the first place.

p.s. Crazy good tweed on ebay right now, 42 long, plus a bunch of other choice items. As usual, the Shop is also jammed with great pieces. Have a look.

I've been wanting a straw hat for a while and discovered pananma hats direct. I've been very pleased so far.

Back in the fifties, my father wore a hat every day...felt in winter, straw in summer. He always had different bands for the sraws. On another note, hat related: several scenes for this season's Mad Men show Don in a hat...it's 1969 now and few men still wore hats then.