You might think I have no time or tolerance for "hippies", you might think I feel no connection at all to the kind of America that existed in the early 1970's. You might think that my marriage to an ambiguous thing called "punk rock" has effectively divorced me from long-haired sentimentality...and you might even be right. But remember, for anyone who really loves music, it is impossible to deny a good thing, the real thing, and so: 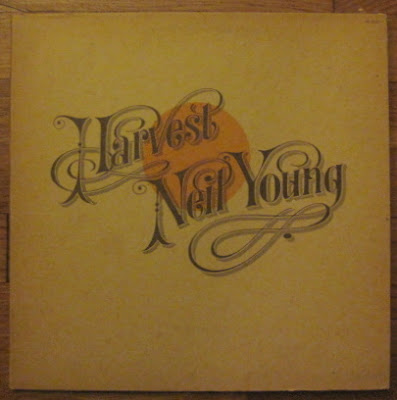 How do I begin to talk about a record like this? I'll do my best to keep it short and to-the-point. Neil Young is like some shy, dorky kid from the hills who sees, and remembers everything. It's like he speaks for anyone and everyone who has ever heard his songs. The sound is lush and beautiful. Sparse, if just a tad muddy and dated, but clearly real, honest. The words ring true, in 1972, this morning and forever. The boy took up my drum sticks and banged on the couch, completely zoned out on "Alabama". The girl, just seven months old, danced in her "bouncy chair" to "Heart of Gold". As a musician, I'm enthralled, as an artist, the coarse cardboard cover, with it's simple two color silk screen, is an exercise in perfection, and the music itself is as timeless an ecapsulation of the elusive meaning of "American-ness" as one is likely to find. And i don't mean a cheeseburger, selfish kind of Ameican-ness....I mean a heart felt, deep and true version. Those hippies my be a long haired and sloppy bunch, but they, like the rest of us, really have their moments. As far as I'm concerned, this is country music, as sure as Johnny Cash or Merle Haggard...(or even Bob Dylan?) 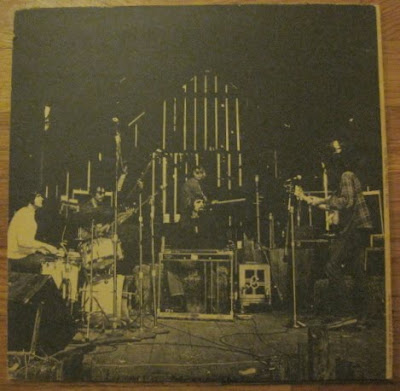 Besides, if you've ever wondered why old records sound inherently better than almost all new ones, flip the cover over. It's because they were committed to tape in a barn with equipment that were vintage even in the seventies.
And so:

Really, have you ever seen anything more heartfelt and downright honest in all your born days?
Posted by Giuseppe at 9:52 PM

I got his old albums recently and he's not really listenable anymore Gio. But all to their own taste.He was of a time that doesn't exist anymore.Much better The Who =timeless

I'm only 22, but I loooove "Harvest." In addition to the ones you named, songs like 'The Needle and the Damage Done' and 'A Man Needs a Maid' are some of the most emotional songs ever recorded.

The latter I didn't understand (and therefore wasn't a fan of) until a couple years ago, but wooo-eee was I wrong on that one. I think I remember hearing it was Bob Dylan's favorite song of Neil's.

A man needs a maid.

This was one of my first LPs.

Are you ready for the country?

I'm compelled to pipe up here and note that Neil Young grew up in Winnipeg (woo!) and actually went to high school about 5 minutes from where I currently live. It is famously rumored that he rode a horse through the hallways of Kelvin High School.

We Canadians are proud of our native son, even though he is a long-haired hippy!

Great to hear you're also a fan of Neil Young. The recording you posted is from a studio concert at the BBC in 1971. You can find all eight songs from the concert in a better quality here: http://www.neilyoung.dk/?p=129. Four of the songs are from Harvest which hadn't yet been released at the time. Enjoyable blog, by the way!

Random question from a loyal reader: Did you go to Boston College High School? And if so, were you a double eagle?

I love your blog, have been following it for several months now. I'm glad you brought up your affinity for punk rock. I am a punk rocker-at-heart who is trying to make my way into 'gentleman's clothes,' but I also want to maintain some Up Yours edge. I've been doing the faded Clash shirt + boat shoes thing for awhile, but am looking for other ways to stick to my roots while also looking like a respectable man. Ideally I'd like to find more ways to mix punk and preppie. Any advice!?

Neil Young: The Most American Canadian of All-Time.

It begs the question: who, then, is the most Canadian American of all time?

John,
Go with your gut, and don't feel compelled to force either attitude on people. If it's there, it'll cut through.

Neil Young's "Harvest" is one of the best albums he wrote. The words are classic. "Old Man, look at my life, I'm alot like you were"....great stuff.
Thanks for the post.

I still have my Harvest album. I am not making this up...When LFG and I were at my mom's a few months ago-she demanded that I take my stuff-including my old albums. LFG got a kick out of me explaining what they were and how they worked. I found some old rolling papers and a pot seed in the Harvest album sleeve.

I've seen him in concert. Lots of doobies being passed

Didn't Young become a fully paid up Bushite after 9/11?

I don't know, or care, much about his recent political affiliations. I do know that he made some damn good records in the early seventies.

I find this delegitimization of the conservative side of the political spectrum to be reprehensible.

G's response is excellent, though, and while I might find it difficult to support a celebrity whose political positions were diametrically opposed to mine, I would not find it impossible. However, I do find it impossible to support criminal celebrities, like Michael Jackson and Roman Polanski.

Sorry for the off-topic rant.

I just bought a turntable at a garage sale. I have kind of inherited my dad's extensive lp collection, (he graduated in 1980, so you can guess at the content) this album was one of them. I didn't think it looked that interesting, but now I'll be sure to give it a spin.

we're talking about Bush not politics geezer=get with it!

If you care bout art neary all of it is left wing.Shame but true. So if you don't car bout Youngs affections in the political camp you don't care bout the community cos Art unfortunately is life and life is politics

I'm just not willing to disregard a person's artistic talent because they may hold different political views than I do. Suggesting that someone's art is invalid because you don't like who they voted for is extrmemly close-minded.

Look up Hitler's famous "Degenerate Art Show". It's another example of someone rejecting art out of hand based solely on a difference of political opinion.

That being said, I like "Harvest". It's a goos record. Can't we leave it at that?

Nazi art is technically fantastic. Great art of the Nazi period are locked away in cellar cupboards=WHY?
Because Art always goes hand in Hand ideas. By the way Gio I did a collage ofr J.J.Gittes stuff on my blog THE WORLD. Its not finished yet but it will be in two days .Take a look.