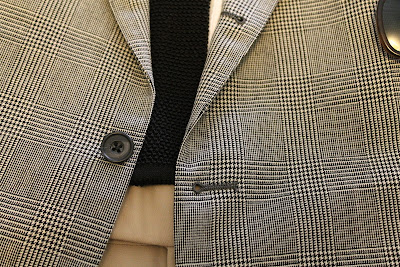 ﻿I've got a suit-coat question that I thought you might be able to answer. Can you convert a standard 3-button jacket into a 3/2 merely by rolling the lapel down a little before pressing it? Or does the underlying construction of the jacket dictate how many button holes you show? I've got a 3-button that looks a little stiff on me, and I thought I could relax its presentation by rolling it down to a 3/2. My tailor says no dice.

The answer to your question, Will, is not so direct or easy, as a lot of little factors must be taken into consideration on what appears on the surface to be a relatively simple matter. That's long-hand for "good question".

To start with, a little history is in order. Lapels are a standard feature of a man's jacket. They remain, regardless of the whims of fashion. As with so much in menswear, they are a derivative vestige of military detailing. Flip up the collar or your jacket and hold the lapels closed and its easy to see how they were once the rolled back front pieces of a military tunic style coat. Extra, unused buttonholes derive from this as well. 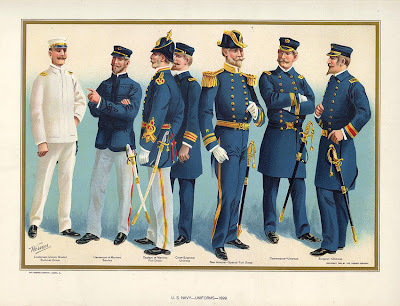 This illustration shows tunic style military coats buttoned to the neck.  Side note: the indispensable navy blazer with gold buttons also derives from uniforms such as this. 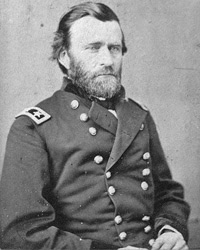 This photo of General Ulysses S. Grant shows how the unused top button hole on a 3/2 jacket got it's start. Grant wears his tunic style coat open at the neck, revealing a shirt and tie, and creating what we know as a lapel. Perhaps we should refer to this look in nerdy menswear parlance as "18 x 5 (9 roll 5) undarted double breasted front with natural shoulders". 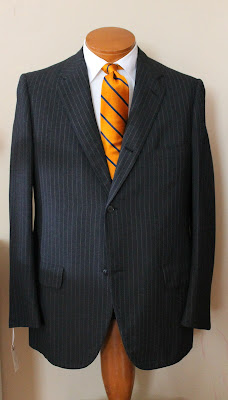 The style of having a three button coat "rolled" to the center became a noted detail of American menswear in the middle of the twentieth century. Brooks Brothers, as with so many things in American menswear, was right at the center of it. This vintage Brooks Brothers suit has essentially four evenly space button holes, with the second from bottom the focal point. More modern ones have three button holes spaced roughly from just below the belt to just below the chest. Jackets like this one were cut with this button stance in mind. But, can a more straight cut three button be converted?

Construction of the jacket will have a lot to do with this. Often, lapels are cut specifically to sit one way or another, and changing that can throw off the lines and proportions of the entire jacket. It's not as simple as just ironing it differently. Canvassing, chest construction and the construction of the lapel have been set to drape a certain way.

Then there's that pesky third button hole. If you look closely at the first photo and the last photo, you can see clearly that the top button hole has been finished on the inside. This is because it was meant to be seen from that side, rolled back into the lapel. If a jackets button hole is not neatly finished on that side, then the suit wasn't meant to hang that way and no pressing will ever really get it to look right in that stance. You might be able to soften the angle at which the lapel rolls, but you won't get a true 3/2 out of it.

Lastly, if the tailor says no, than I guess the answer is no. He knows better than you, or I, do.
Posted by Giuseppe at 10:33 PM

The taping on the lapel line in the inner construction is what dictates how it will be turned back. Ironing them more open crosses the taping and most people who do this will find that the lapels simply revert to the shaping they were originally given.

The methods alteration tailors have used to achieve it go from as drastic as altering the shape f the lapels to as simple as having to secure them with stitches.

I have adjusted one lapel; I based what I did on a video of pressing a jacket on Thomas Mahon's site.

I have a jacket I have successfully converted to a 3-roll-2, and a suit that cannot be converted due to the placement of the canvassing. It Just Depends.

The Thomas Mahon jacket pressing video (I know of only one) shows how to press the bloom into the lower lapel. As an ex-Savile Row cutter it's not likely that any jacket he'd be pressing would be without built-in lapel shape and construction.

My opinion is that it's "not impossible" to re-press lapels, but that it won't behave like a lapel that has been deliberately made to look a certain way.

I have a couple of three button Suits/Jackets (I prefer two button), and I only button the middle one, I've done it for so many years, that with time they naturally became 3 roll 2.

They look very good, probably not so exact looking like the one pictured, they look a bit more relaxed.

I personally love a low opening on my jackets, to show off more shirt and tie, so three button closure is not for me, and therefore I have gone back and modified all of my three button suits, when possible, to transform them into three roll two openings. Let me share with you what I've learned along the way about this type of transformation, what works and what doesn't:

First, you have to look at the way the jacket is canvassed inside. If the canvassing allows it, you just take your suit down to the local dry cleaners and ask them to press it for you as a three roll two, and
it comes out looking fine. That will be possible only if the top buttonhole doesn't interfere with the roll, otherwise you will only be able to make it look as nice as the placement of that top buttonhole
allows. Sometimes you get lucky, and you can roll right past the button hole, but sometimes if you're not so lucky, the buttonhole is smack in the middle of the way along the perfect trajectory, and
therefore you're better off just forgetting about it. You have to look at the same issue regarding the placement of the opposing button, which may interfere with the trajectory along the perfect roll. This is easier to fix, by moving that button so that it's not so much in the way, by advancing it or pushing it back, you just have to find the
sweet spot.

Another important point is to look at how the edge of the lapel is cut, this was demonstrated to me by a tailor : if the whole edge is cut in a straight line from the bottom of the jacket when you unroll the lapel, then theoretically you can open and close the jacket with as many buttons as you want, from 1 to 4 if you were so inclined, because the straight cut of the edge allows you to do that without it looking out of place. On the other hand, if you have a lapel that is
cut with any kind of curve, as some designers will do, then you really have to button to jacket the way it was meant to be buttoned, otherwise it will look weird when you button higher or lower, as you
will start to see the fabric curve in a very awkward fashion.

So what to do when you have a canvassing that is made for a three button closure, and when it won't stick or look nice when pressed into a 3/2? Your only solution is to take it to a very skilled alterations
tailor, and not many of them know how to do this: they have to open up the jacket completely and recut the canvassing inside so that it is cut down to the second button. Then when it's closed up again, you can roll to the middle button, and it works fine. I've done this on several jackets to great effect. The only warning, as I said, is that the edge of the lapel has to already be cut in a straight line.