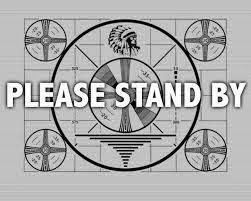 By now you've noticed that posting around here has ground nearly to a halt. Some of you have even been kind enough to email and make sure all was well on my end. It is, thanks. Allow me to give a brief explanation of what to expect from the AAW you know and love in the near future.

I've been writing this blog for just over six years now, since September of 2008, and it's been great fun for the most part.When I started, I felt that the then burgeoning #menswear blogosphere phenomenon needed a cheapskate's voice, and I voluntarily stepped into to fill that role, having honed my cheapskate skills over a lifetime. What I didn't know then was how much I enjoyed sharing my thoughts in writing. I turns out I do, a lot. I spent many years previous performing in bands and had to give that up when my children came along. I guess I didn't know how much I enjoyed having an audience either.

Writing this blog has brought many surprises into my life. I launched a business based on my yammerings here. Every now and then, somebody sent me some expensive thing for free, which was also nice. But best of all, I've met more than a few people who will be lifelong friends through this shallow little pursuit. Who knew?

In any case, after six years I find myself running out of things to say here. Add to that the fact the since August ehow.com has actually been paying me (imagine it) once a week to write for them. All this has been making it increasingly difficult to regularly deliver what you've come to expect here, and so rather than churn out pointless posts just to keep the page fresh, I think it's high time to take a rest and collect my thoughts. I'll still be active over at tumblr if you really need a Giuseppe Timore fix.

I enjoy blogging and hope to get back into soon, with a new approach and some fresh ideas. Until then, please stand by.

p.s. an excellent new employment opportunity looms on the horizon, and as such I will sadly have to shutter the AAW brick and mortar "secret store" in the coming weeks, moving business back to online only. As such, everything in the store, both physical and online, is 25% off until further notice, Use discount code THANKYOU25 at checkout.

I can't say I've been the best reader for the past year or so, but I became addicted your blog when I first discovered it (08-ish). As a fellow ex-punk (current dad) and cheapskate (thrift stores for life!), I'm happy to see you moving on to greener pastures. Best of luck with your future employment and I'll keep an eye out for your Tumblr and ehow musings.

Good luck, sir. What I liked most was the fun you had and the fact that you took some steps to do what you wanted to do (write, open a store, hang out at the park with your kids).
What I missed most was fact that you seemed to have abandoned your bicycle. It was there for a while...then...pht!
Happy holidays and best wishes.
George Kommer

I ride my bike to and from school with my kids every day as long as its not raining. Admittedly, though, I drive the car a lot more than I'd like. Thanks for the kind words.

I love your blog. Started by binge reading to catch up. Looking forward to your next venture.

Well, congratulations on all the success, but man, I'm going to miss AAW. (I have a poor memory, so I'll probably make do for a while just by going back to the beginnings of the archives and starting over.)

There are many things I could mention that I've loved about your blog, but I'll just say that I'm grateful for its persistently generous, positive spirit.

Break a collar stay...or some such. I'm very pleased for you, and I do hope you'll continue some sort of communication with us.

I have two kids and three jobs. That better not mean what I think it does.

Have really enjoyed the blog. Wishing you (and the family) all the best!

Thanks for all the work over the years, and I trust we'll see more of you in other places. When I read your "Buona Fortuna" post the other month, I remember thinking that here's a fellow who's leaning into new things . . . best of luck!

“Truly transformational” is the most accurate, succinct way I can sum it up -- at least for me that is, and I suspect a significant minority of others out there would ‘fess-up similarly.

I connected with An Affordable Wardrobe quite by accident nearly two years ago as I was searching the web trying to figure out why WalMart was selling real, traditional-style Harris Tweed jackets. A link led me to a post w/i AAW. I read the article that popped up and really enjoyed it. Over the ensuing weeks I perused the remainder of the site and was simply blown away. The shopping/fashion advice and superb writing style would have been more than enough to keep me interested, but the posts re: wine, spirits, cinema, recipes, dining, vacations, you name it, converted me into a real GT/JF fan.

That’s why I am, at this moment after reading your final (?) post, I am a bit conflicted. Certainly, I, as many of your readers, will miss the benefit of your regularly-dispensed wit and insight, but after years spending your own valuable personal time sharing with us tour-de-force content (for free), how can anyone complain if you feel the need to switch gears?

I’m confident that wherever your pursuits lead, you’ll produce a worthy product, something done with the same care and thoughtfulness to which we’ve become accustomed at AAW.

Drinks are on me if you’re ever in the DC area. It’s least I can do.

First we lost HTJ, and now AAW. Sad.
I am however, happy for you, and wish you all the best with your new employment opportunity. Thanks for all these years of providing us with entertaining, informative, literate writing. How will we know when you're back on the air with a new blog?

I'll be on standby to see what happens next. Best of luck with it all, Giuseppe

I do not live in your area and I am not a guy, but I love your blog.

Your genuine personality, knowledge and enthusiasm make for a fun read.

I've enjoyed this blog too over the years, but things and priorities change. Six years of continuous posting is not easy.

Best of luck in whatever follows.

You did worlds of good for the ethic of modern men. You leave a solid monument of work for plenty to discover. See you soon, my friend.

I recommend starting a kickstarter campaign to hire some help closing the brick and mortar shop...

Thank you for providing interesting reading over the past few years.

I stumbled across this blog on a late summer evening in 2012 and became hooked ever since. Around the same time, I started working towards assembling an "affordable wardrobe" of my own. It helped because I was renting a room at the time and saving up for a down payment on my first house, which as since been purchased. With visions of good finds you'd snagged, I'd spend countless Saturdays going to a variety of thrift stores, hoping to find that elusive pair of cords, neat emblematic tie, or the indomitable OCBD.

Now, over two years later, it's funny how both the reader and the author have turned the page.

When I look back on everything I accumulated, there were hits and misses, but unfortunately, far more misses. The OCBD with the strange odour that wouldn't go away. The garments that just didn't fit right, but got them anyways (even items in my size were just way too baggy); and the more than gently used other things. Quick example: I've been doggedly searching for a simple pale pink Polo OCBD 16.5-34/35 for two years. Nothing. Closest was a battered number two sizes down. Spending money on altering old clothes. Never spied a decent navy blazer, let alone a 3/2 once. Talk about frustrating. However, I did get my score to date, a Samuelson grey glen plaid suit, flat front (a true rarity around here), in cozy flannel. Excellent condition and my size. $30.

Now I'm not knocking thrifting. You've proven that one can put together a dynamite wardrobe at a low cost. Those 2/3 rolls and nice cords were nothing to sneeze at.

But many of your readers, like me, despite living in cities of a million+, are stuck in style deserts. This goes for most of North America.

So I've thrown in the towel. I realised I'd rather just stop after work and throw down $95 on a cable knit sweater in my size rather than spending hundreds of hours sifting through what is, for lack of better term, garbage (haggar, dockers, eddie bauer, jos. a bank-type galore). I shudder when I think of all the productive things I could have been doing with that time spent.

Sir, I do not wish to denigrate your enterprise in any way. You've established a beacon for hope in the world of man-children, and what you have done is helped lead the crusade for men dressing like men. Whether it be through thrifting or paying "full whack", at least it inspired a few guys to have some respect for themselves, their workplace, their church, and the local stores, and put some effort into their appearance.

For that, I salute you, Mr. Timore.

Has your new blog appeared yet?

Not yet. Still waiting for inspiration to strike. Stay tuned

You've still got an icon on my home screen which I click every few days to see if you've returned.