The other day, the Selvedge Yard ran a piece on David Hockney. As usual, the article was nearly as cool as it's subject matter. If you don't read the Selvedge Yard on a regular basis, get started. In the piece was this quote, which has been stuck firmly in my head ever since:


"Style is something you can use, and you can be like a magpie, just taking what you want. The idea of the rigid style seemed to me then something you needn't concern yourself with, it would trap you." -David Hockney

Now the last thing I want to do is just re-post something cool from another blog and add my two cents, but I really dug that quote, and I thank the Selvedge Yard for calling it to my attention. It got me thinking about writing my own bit about style as a collection of influences and thoughts. I was going to base it around this outfit:

Casual but smart, I think, and fully prepared for the residual wetness found in Boston yesterday. 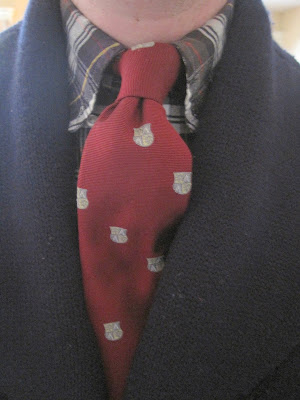 But really, this outfit has nothing to do with "Eclecticism". It just says that I know how to steal ideas from Ralph, who has built an empire on stealing ideas from others. I don't find anything wrong, inherently, with any of that, but it's inconsequential.

Believe it or not, I've actually gotten to the point in writing this blog where I have ideas in the morning and mull them over all day, or sometimes for two days, before "putting it down on paper". As I went about my business yesterday, with the kids, it occurred to me that this idea of eclecticism, and the points that resounded with me in that Hockney quote, had little to do with clothes, and more to do with lifestyle. Allow me to attempt to explain...

After breakfast, the kids and I trucked on down to the subway and rode out to South Station. Once there, we went to the far end of the platform during a busy hour to watch the commuter trains and Amtrak trains arriving and departing. This is the funnest free activity I've discovered as a dad. If the drivers of the trains catch on that you're only there with the kids to watch, they wave and blow their horns just for the kids...and Daddy wins a couple of hero points. 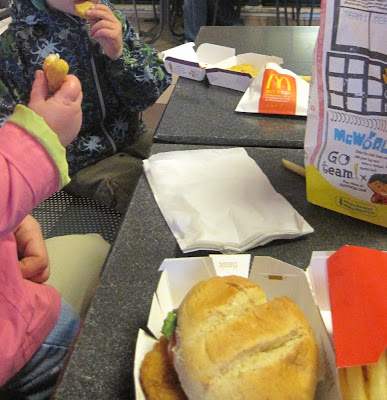 We followed this noisy and diesel-begrimed extravaganza with a feast of train station McDonald's. Now, I know I may be something of a gourmand, but I will never deny the satisfaction of the occasional fast food with the kids. I like my fine wine, too, but every now and then a can of beer is just the thing, you know? 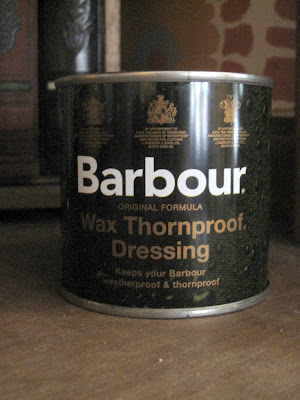 Afterwards, I dragged the children back on the train to Charles Street to visit North River Outfitters, for a can of Barbour wax so I can re-finish my jacket. They sell Alden shoes there, and while waiting for the kind young lady to fetch my Barbour wax, the boy said "Look, Daddy, they have shoes for you!"...to which I replied, somewhat under the breath "I wish." This was followed by a trip to the Cafe Vanille, for some coffee and a little cake called an "Almond Financier" for Daddy, and some pink bunny shaped Easter cookies and chocolate milk for the small ones. Ain't nothing like following up Micky D's with a trip to the French patisserie.

Next, on to Harvard Square. Once there, I decided to visit the Harvard book store. They have this crazy machine there named Paige M. Gutenbourg. It's a book printing robot that will make you a copy of any book that Google has in the public domain for $8.00. So Dad gets a new book and kids get to watch the crazy machine making a book. I figured I'd pick up a copy of the Ten Books on Architecture by Vitruvius. The girl who runs the machine said she'd be right with me.

While I was waiting, my little girl decided to become somewhat restless, and I couldn't spare the time to wait for the kind young book-machine lady to return. No matter, there was a cart right next to me filled with used books for $1.00. far be it for me to leave a book store empty handed. 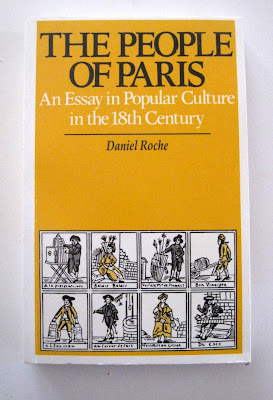 I picked up a stuffy volume on Paris in 18th century, 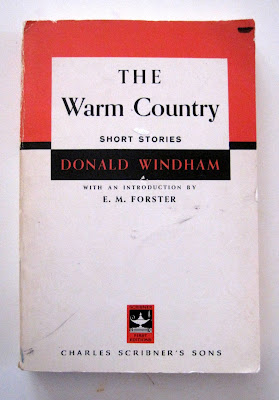 and what I hope is a good collection of short works by a southern fella in the 1960s. I'll let you know. 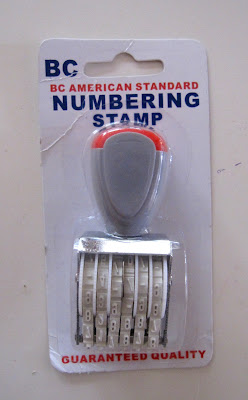 Next, on to the stationery store for this crazy numbering stamp. I can use this for my price tags at the Top Shelf Flea...but really I'm just enamored of the fact that I can still kit out my desk like it's 1978.

Actually, the reason for my stop in Harvard Square was to procure this album on vinyl: 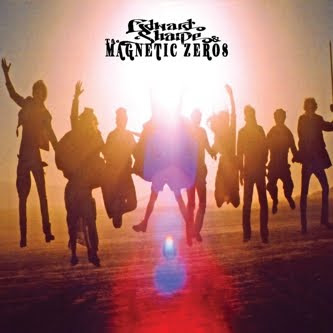 You see, where I work we listen to cable radio. This band, Edward Shapre & the Magnetic Zeros have a couple of songs that pop up on the "folk rock' channel. I dig it. They're a a band of hipsters from California, and I feel like I want to hate them, but I just can't because they write a damn good song. It's just like in the punk rock days when so many guys I knew would pretend they hated Led Zeppelin, because it wasn't 'punk' enough, even though Jimmy Page was the reason 90% of them picked up a guitar in the first place. I myself spent too many years liking or not liking things because of some rigid set of rules. It's a liberating day when a person can overcome this kind of thinking. So instead I'll be glad to have found a new band that I really like for the first time in years. My local purveyor of such things was clean out of it, though I do suspect that the kid at the store with the tattoos and floppy mohawk was quietly impressed with the weirdo in the tie with two kids in a stroller who asked about such an esoteric "cool kid" band, or maybe I'm inflating my own balloon.Now, all I have to do is sit back and wait for my new vinyl record, purchased through the computer, to arrive by post...

How's that for Eclecticism?

Let me start by saying that I love the blog and I always enjoy your posts as a major thrift enthusiast myself.

Since you mentioned Edward Sharpe, I thought I'd hook you up with this set of them doing 3 songs acoustically on NPR: http://www.youtube.com/watch?v=XWIvfE01J0k

I also ripped the audio for a messageboard I post on: http://www.mediafire.com/?il0mjxzuqh1

MAYBE you're "inflating your own balloon???

I wish I had a buck for every time you smugly pat yourself on the back for one of your "kits." You get plenty of praise in the comments (generally well-deserved, I might add) for your ability to put outfits together; isn't that sufficient?

My understanding of eclecticism is
selecting on the basis of what seems best instead of following some single doctrine or style.

Thus, by combining the best elements of Ivy, Trad, Preppy, and Engish Country Gentleman, you have, in my opinion, created a harmonious whole.

(Yes, I do think that Ivy, Trad, and Preppy have different characteristics).

one thing I sometimes struggle with in writing this blog is the sheer vanity of it. It's hard to escape when you're running a one man show, as distasteful as it may be to both you and me.

I catch your drift about the humility bit, though. Just sayin'.

Spoken like a gentleman. Sorry for the snarky tone of my earlier post, I was out of line; I really do look forward to your posts, and I certainly have "mad respect"...and some envy...for your thrifing acumen.

You are performing an educational and entertaining service.

It is we commenters who are on a vanity trip, imaging that others would care about our comments.

a lovely post as always, giuseppe. i share your enthusiasm for out-of-date office supplies and the occasional fast food indulgence.

if you're into edward sharpe & the magnetic zeros, you should check out the rac remix of "home" -- i've been playing it on repeat for days!

ES&MZs put on an awesome show. I saw them early this year in Minneapolis. They also had an excellent opening band; Local Natives.

G - I love pretty much all the stuff you put together and am a huge fan in all respects. That said, this is one outfit I cannot get my head around. If I saw someone walking on the street looking like this, I may well cross the road. Sorry.

Once I crossed the road because of a crackhead wondering around in the sun scraping a disposable razor across his face and screaming about something.

Is this outfit really that bad?

G - I am so sorry. The outfit is not even close to that. I am back on the same side of the road.