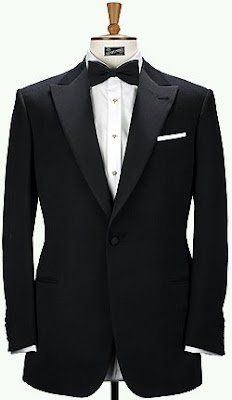 Once upon a time, David Simon, son of Harold Simon, attended a wedding in California. The event was black tie, and being next in line to inherent the family haberdashery, David of course arrived at the hotel with his own beautifully tailored tuxedo.

On the morning of the wedding, he had room service pick up the tux for pressing, and in the process discovered that he forgot to pack his stud and cuff link set. He ran around town for a while, but couldn't find a replacement. It was Sunday, and lots of stores were closed.

Then he noticed that the hardware store was open. In a flash of brilliance, he went in and purchased six sets of nuts and bolts, four very small (the shirt studs) and two larger (the cuff links). 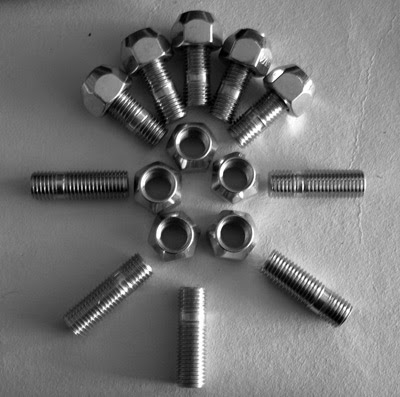 On arrival at the wedding, he was showered with compliments on his most unique jewelry. He said "These? They're Armani" and all was right with the world.
As far as I know, a true story.
p.s. speaking of the West Coast, only in California would these be called winter boots. Lets see 'em in two feet of Boston snow and ice. Frostbitten toes, anyone?
p.p.s. Dammit! Longwing seems to be out of the loop...again! First Tucker and now this.
Posted by Giuseppe at 8:16 PM

I've pulled that trick. I had heard about this story, it worked. My kid brother then borrowed the jacket I had worn with the nuts and bolts in the pocket and figure "why not"; someone offered him fifty bucks just for the cuff links.

the long-suffering trad may be out of the loop, but longwing is ever present.