Mother Nature has seen fit to provide us with two feet of snow over the course of two days here in Boston. This meant not only three long and arduous shoveling sessions for me, but also the debut of the Big Silly Hat: 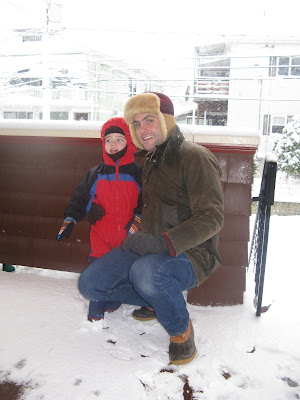 Of course its funny looking, but its warm and it keeps my head dry. The side flaps are made of real sheep skin, toasty. An old piece of lumberjackery from Woolrich.

You'll never hear me complain about the snow. I love it! Sure its heavy and driving in it stinks, but you have to admit, it is beautiful. 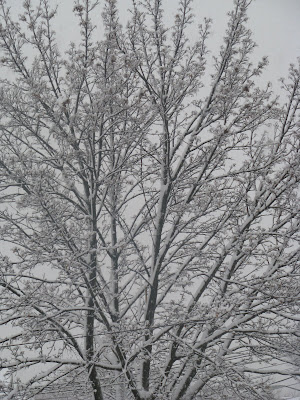 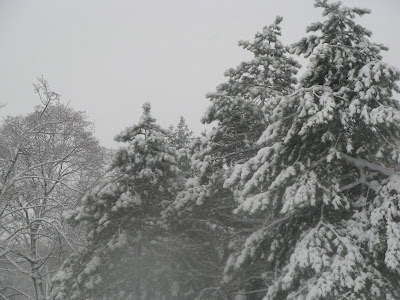 And, not to be too mushy, the smile on the boys face as I took him around the block in his spaceman suit is pretty priceless, no? 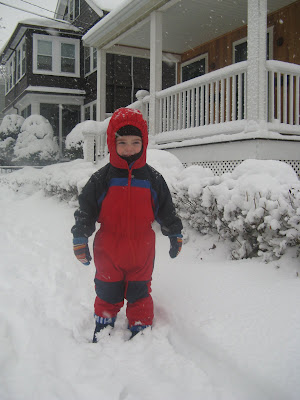 Every year after the first big snow, all the local channels devote their entire broadcast to people complaining about the snow. Usually its people who, like me, have lived here all of their lives and seem surprised by the fact that it snowed a lot in Boston in late December, as though its never happened before. I feel like this may have intensified since the Red Sox broke the curse, leaving the local townies bereft of one of their favorite points of complaint, and they may be trying to compensate for that.

Not me. I say keep it coming until March, like when I was a kid, and we'll see the Sox next October.

p.s. A few days ago I made a big stink over removing A Suitable Wardrobe's link to this blog. While I still stand my feelings on the matter of the "Dress Set", I now realize in looking back that my way of stating it may have been a bit childish and, dare I say, snarky. For that, I apologize. I don't want this blog to become an argument forum, and I wish to avoid politics here at all costs. Sartorial trivialities are a much more wholesome internet diversion, after all.

G, We got a couple of inches recently. It was nice. Gone the next day. The kiddies got to skip school.

The whole issue of links is ridiculously overburdened with moral significance. I'd really love to get rid of my links all together except that my blog would certainly die if it weren't for links from kind folks like you.

That piece was neither childish nor snarky. It was very much
to-the-point.

There was no need whatsoever for you to have second thoughts about the ideas you expressed there.

the spaceman suit is awesome! your son is adorable.

i don't think your previous post was really snarky. everyone's got an opinion, and a blog is a pretty fair place to share them.