Warning: If you have no interest in Jazz music, skip ahead to the second part of today's post.
Every year my parents give me money at Christmas with the instructions that it be spent on "something nice for yourself." I used to politely protest on the grounds of my adulthood, but the older and broker I get, the less I complain. I just thankfully accept it. Today I spent a portion of it record shopping.

This is a real treat for me. When I was in high school, a handful of friends and I used to spend every Sunday afternoon record shopping. We'd ride the subway to Central Square and work our way down Mass. Ave. to Harvard Square. Back then there were maybe a dozen record shops along this route, and the excursion lasted all day. The only hard part was deciding which records not to get, and guessing which ones might last until next week if you hid them creatively in the store.

Sadly, all but a few of those shops have surrendered to the beast that is the Internet, and I have neither the time nor money to devote to it. That's why its the first thing I think of whenever there's gift money laying around.
Today's haul was pretty good. No real rare original press type stuff, but many hours of jazz freakout: 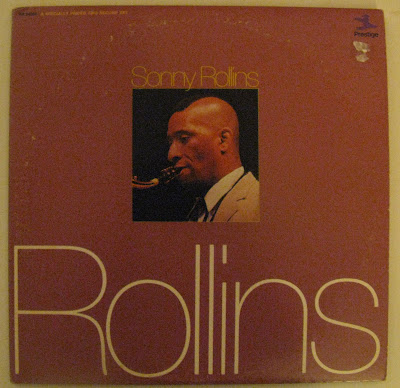 This is a four sided compilation of a bunch of tracks Sonny Rollins did when he was with the Jazz Messengers back in the late fifties, despite the fact that they chose a photo of him from the seventies sporting a taxi driver-esque mohawk with a suit and tie. 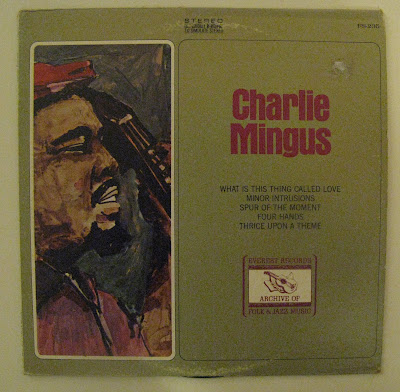 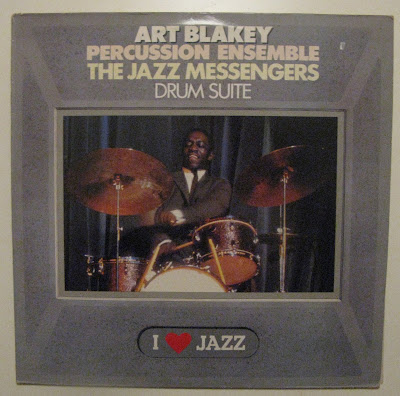 Art Blakey made a hell of a lot of recordings. The first side of this disc contains his "Drum Suite", which feature both Blakey and Jo Jones simultaneous on full drum sets, accompanied by piano, bass, congas, bongos and tympani. Remember, I played the drums for a lot of years so a work like this makes me want to cry. 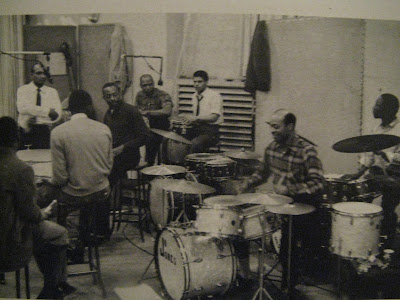 Check out this photo from the back sleeve. That sure is a lot of sparkly old drums in that little room. Note also the two suspended microphones picking it all up. They really knew how to catch a natural sound back then. Every time I went in to record something, I always wondered why we needed all those damn mics. 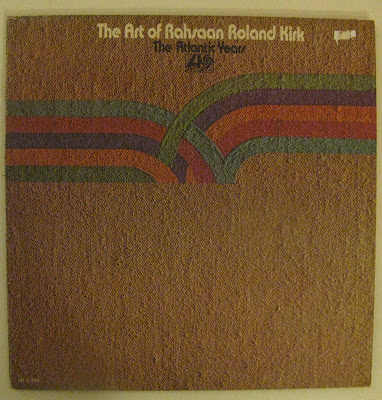 Four sides of Rahsaan Roland Kirk in the early seventies, including such classics as "Voluntary Slavery" and "Say a Little Prayer". Waaaaaay out there! 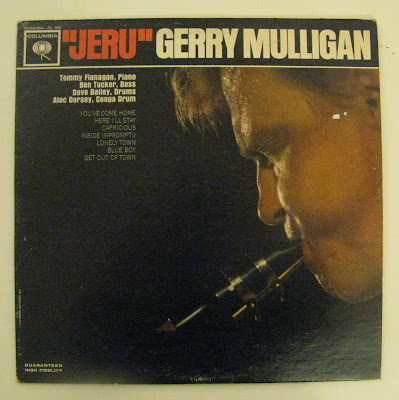 And after all of that sweaty, far out noise, its always good to retire to a leather chair in the den with a glass of good whiskey and relax with the mellow sounds of the Jerry Mulligan quartet. Now all I need is the whiskey, leather chair and den.

I think you're waaaaay more hard core about jazz than classic American clothing.

I'm amazed at how many artists in the first half of the 20th century would record classic records in one or two takes, essentially live with a few mics to record their genius. One of my favorites is the Ella and Louis recordings.

I always see cool jazz records at thrift stores for 50 cents a piece. I gotta get a record player...

Where is "the second part of today's post" that we non-jazzfans are supposed to skip ahead to?

The part about versatility and the red sweater, just below these comments.